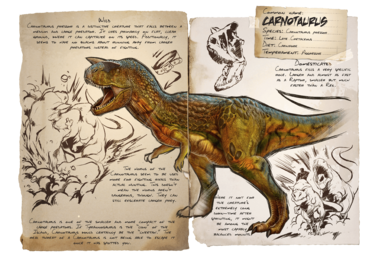 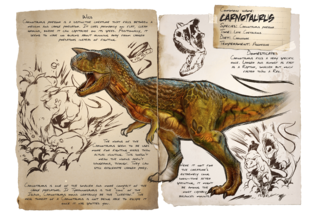 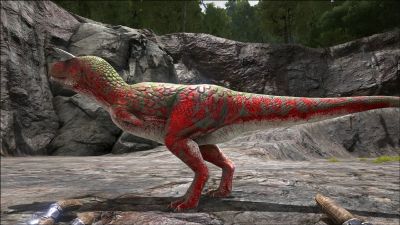 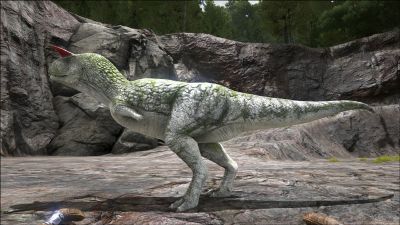 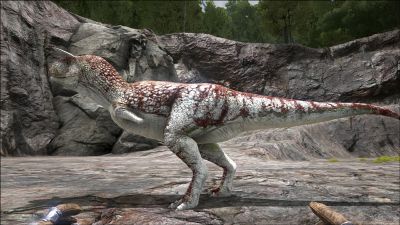 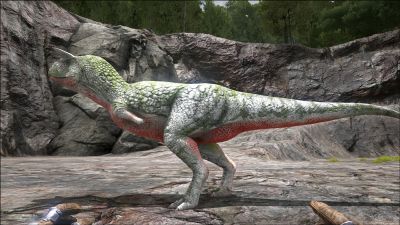 Be careful when confronting a Carno. They are powerful and will gang up on you. Often, the best method would be using a Scorpion and/or Tranquilizer Arrows, but it can be done with other methods of applying torpor, albeit at a greater risk. An easy way to keep a carno at a good enough range to hit it safely with tranquilizers is to build a wall three wide and three tall on fence foundations with two doorways stacked on top of eachother with no doors to shoot through. Then, aggro the carno and lead it to the wall. Then run through the door way to get it stuck and proceed to KO it.

Players with no point invested on movement speed cannot outrun a Carno on foot.

For information pertaining specifically to the real-world Carnotaurus, see the relevant Wikipedia article