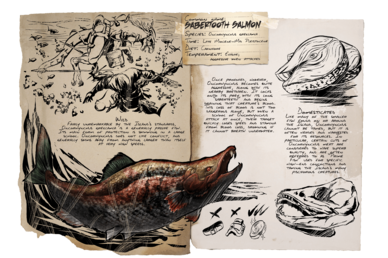 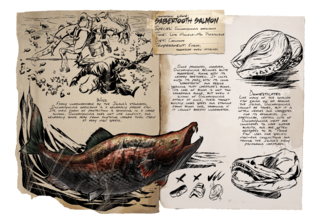 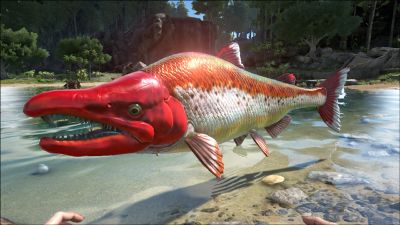 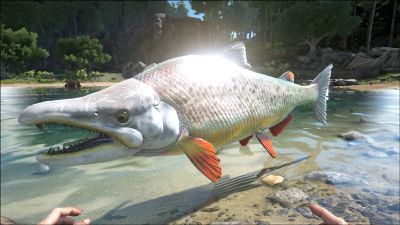 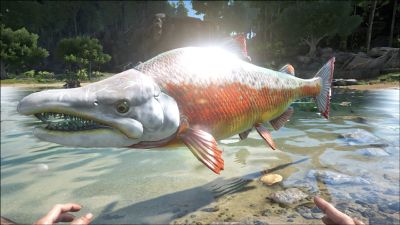 1Percentages are based on the value of the stat the moment the creature was tamed (after taming effectiveness)
2The absolute Base Damage is shown here instead of the percentage.
3Wild creatures do not level up movement speed
4Torpidity increases every level on wild creatures, but can not be increased once they are tamed.
5The Sabertooth Salmon is incapable of drowning.

. They can level,however they do not eat from the trough.

Food Source: Sabertooth Salmon can easily be trapped en masse by use of walls and dinosaur doors, guaranteeing a readily available source of Prime Fish for taming and recipes.