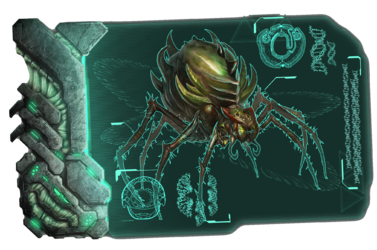 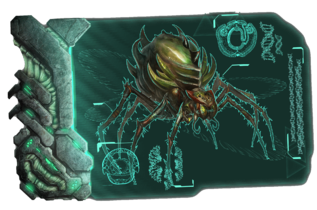 On beta and alpha difficulties the broodmother changes colors to match the difficulty. 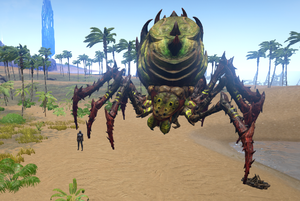 Araneo as minions, slows players and mounts with its web attack, uses a acid projectile attack, and can cause torpor damage. However provided the right tames and equipment are brought to the battle, it can be defeated quite easily.