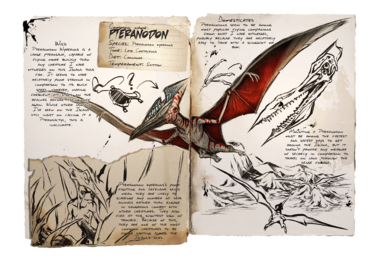 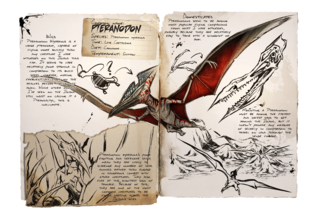 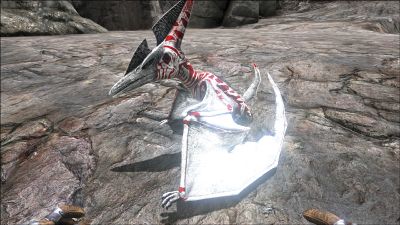 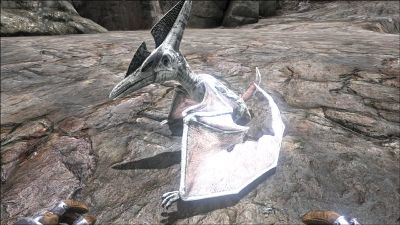 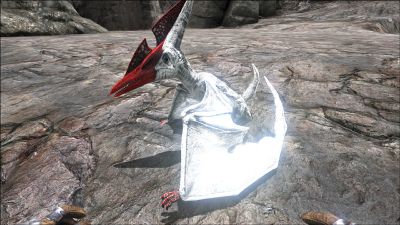 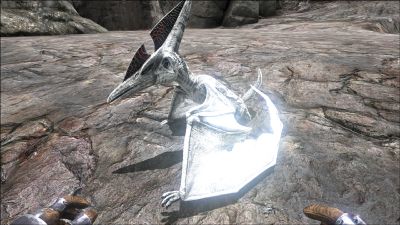 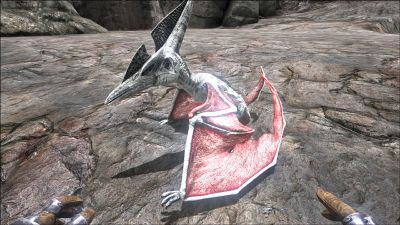 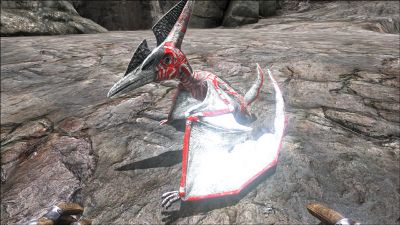 A standard Electric Prod will instantly knock-out any Pteranodon that is level 120 or lower if hit directly in the head. This is arguably the easiest method to take one out, however the Prod is expensive to recharge.

The Pteranodon will easily fall unconscious, but be cautious with your knockout method, as Pteranodons, especially lower levels, have low health and take extra damage from ranged attacks, making it very easy to accidentally kill one with a tranquilizer arrow or even a stone. Even high-level Pteranodons can often be knocked out with just one arrow. Also the Pteranodon can accidentally fall into deep water and drown, so make sure that you do not knock it out over bodies of water.

Wild Pteranodons will only become hostile if a player steals their eggs, so they are generally not much of a threat. If hoping to kill, the player should start with critical head damage, as the Pteranodon will not get spooked even if the player is pointing point-blank with a shotgun. The same goes for taming. Get your first tranq in the head so it takes a quicker effect. Follow with a quick volley to spike the torpor before it goes out of range.

Any Ranged weapon will do the job. Quick pike and sword attacks can dispatch lower levels.