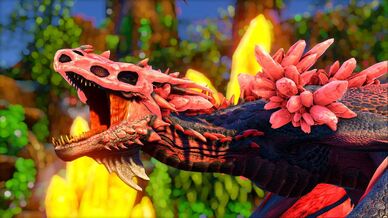 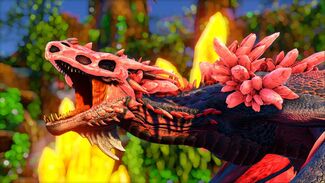 Crystal Wyvern Heir, acting as minions. Once she is approached, she will also attack by biting or sometimes blowing away with her wing flap.