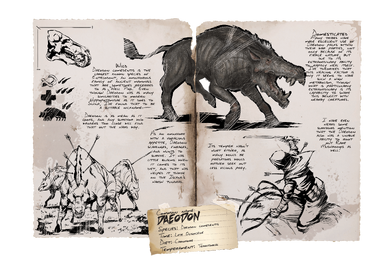 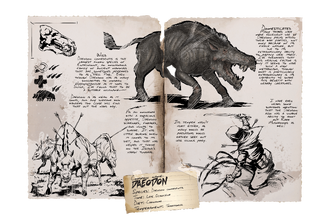 Dossier
These values may differ with what you see in-game or written elsewhere. But that is what the dossier says.
Group
Mammals
Species
Daeodon comedentis
Time
Late Oligocene
Diet
Carnivore
Temperament
Territorial
Release Versions 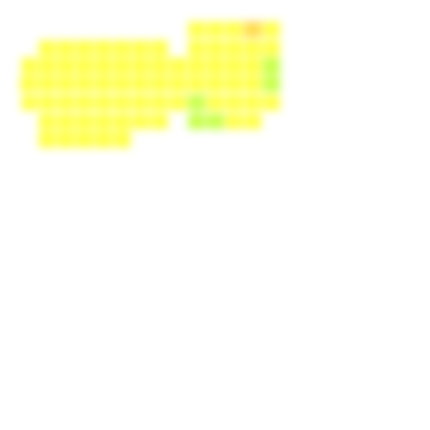 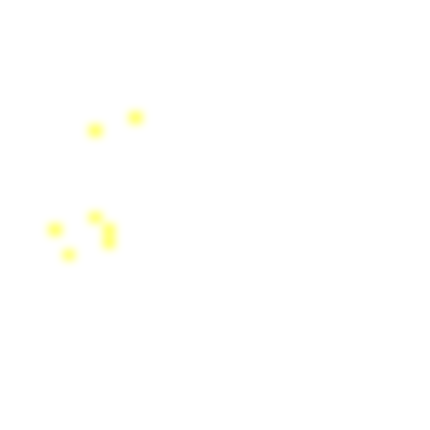 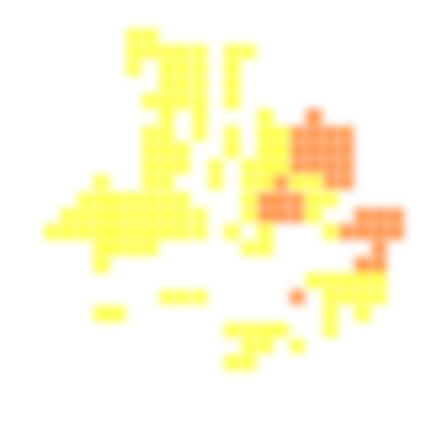 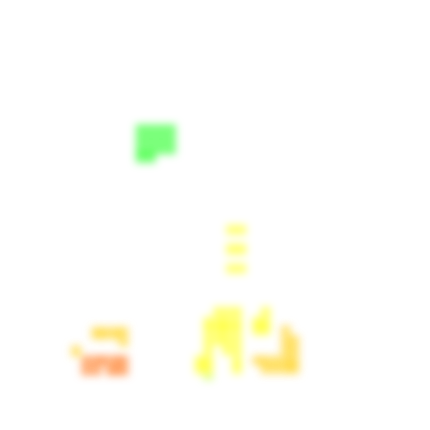 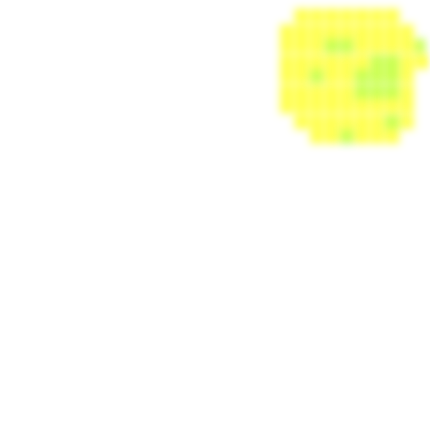 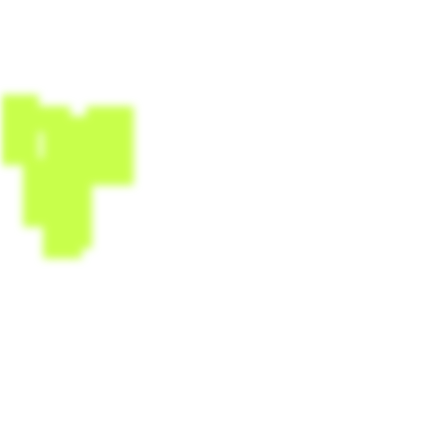 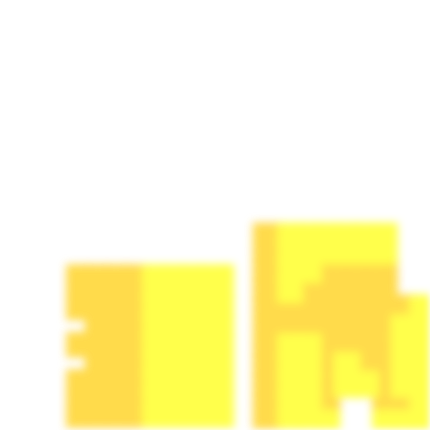 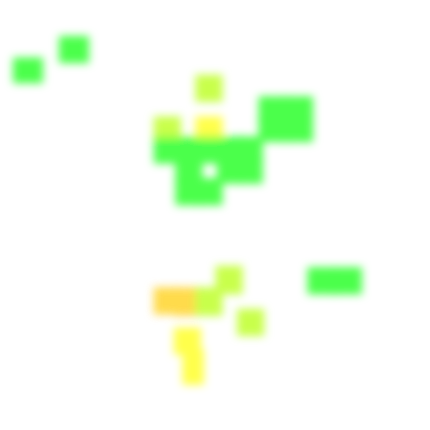 The Daeodon (day-o-don) is one of the Creatures in ARK: Survival Evolved.

Travelers of the Ark will typically find Daeodon travelling in packs, devouring anything and everything that gets within sight. Once combat is initiated one or sometimes all of the pack will produce a pheromone effect to buff the health regeneration of friendly creatures. This, boosted by the other wild Daeodon's passive health boost, can make a pack of these creatures a very deadly opponent. It does appear however, if a traveler happens upon a lonely Daeodon, at least upon the traveler hitting the creature, it will run from the fight rather than stick around. The Daeodon is very useful in Boss Arenas to heal your tames.

Daeodon is a large mammal with hunched shoulders and cloven hooves. It has a massive head and long jaws with fearsome tusk like front teeth for tearing both meat and plant matter and rows of molars at the back of the mouth for grinding. With its massive size and nightmarish teeth, it is easy to forget this animal is part of the pig family.

This section displays the Daeodon's natural colors and regions. For demonstration, the regions below are colored red over an albino Daeodon. The colored squares shown underneath each region's description are the colors that the Daeodon will randomly spawn with to provide an overall range of its natural color scheme. Hover your cursor over a color to display its name and ID.

Daeodon very rarely travel alone. Groups typically consist of 2-4 individuals with an equal ratio of male to females, making the mate buff a very realistic threat to the survivor. In addition, it is a common sight to see half of the group being a higher level than the other half (i.e. Level 60 male and a Level 10 female).

The winter tundra contains large, and often deadly prey such as

Mammoth. This means that Daeodon will often take advantage of their healing abilities to soak up damage in order to stay alive.

Take these key points into consideration when tackling any Daeodon.

Ensure you note the total number of Daeodons in a group before attacking, as well as any other threats that may be lingering nearby (e.g.

If attempting to kill, simply stand on a high position and shoot at it, or use a bola to keep it still and attack it with a sword or pike.

When fighting a group of Daeodon, be sure to kill the weaker ones first in order to reduce the efficiency of the healing buff. This will ultimately make fighting against the higher levels a lot easier.

Use shields if attempting to attack it with melee weapons, while crossbows can be used for long range, aiming for its lower jaw counts as a headshot.

As they often appear in groups, the player can be very quickly overwhelmed. Furthermore, a larger group means a larger mate and healing buff, resulting in a very quick and inescapable death.

These creatures are also capable of fast speeds.

Long range attacks render the Daeodon harmless, particularly if they are alone.

The Daeodon is an aggressive creature; keep your distance when shooting, Longneck or crossbow is preferred. It can be grabbed by an Argentavis so one player can grab it while the other one at the ground shoots it. If playing solo, trap it inside a small house with the help of an Argentavis or using ramps. It cannot fit through doors so you can stand outside while shooting it safely.

Similar to the Argentavis, Daeodon's rapid healing ability consumes lots of food, meaning that players can start feeding it immediately if they render it unconscious while it is in the middle of using this ability, as its food meter will be depleted considerably. Keep in mind, however, that the Daeodon has an enormous appetite. If you use mutton, it will require much more of it than other creatures typically do, so be sure you have plenty. It is advised to use lots of Raw Mutton and Preserving Salt when applicable to ensure the best possible taming effectiveness and time. It should also be noted that Daeodons have relatively quick torpor drain, so be sure to come equipped appropriately.

Raid healer: Its AOE pulsating Heal makes it valuable for healing your dinos during a raid on a base! (Level Health and Food) If you want to give it Food faster use prime meat, it gives about 50 Food each and makes the Food go up fast. (Needs confirmation, daeodon healing should not matter at all in a raid, it is rather used for post-fight healing.)

While healing, the Daeodon's food level will rapidly drain; be sure to bring it well stocked with food to eat. Keep in mind that the amount of dinos being healed by the Daeodon has a direct impact on the amount of food drained - healing many dinos at once can lead to thousands of food level draining every few seconds. It might be useful to carry some cheap kibble (such as dodo) because it provides more food and can be force-fed without cooldown, unlike meat. For aesthetics, dedicate a decent sized area in your base to have a building full of daeodon. You can treat the building like the Pokemon center of your base.

After a boss fight, this is especially helpful to bring dinos back from the brink of death.

The Daeodon recovers food differently than other carnivores. The following table shows its unique food values:

*Kibble has no feeding cooldown, so entire stacks can be force-fed in a few seconds

The amount of healing gained per tick of the Daeodon's healing aura is directly linked to the maximum health of the dino being healed. Higher HP dinos will heal more HP per tick.

Cactus Sap Collector: The Daeodon seems to be a perfect creature to harvest Cactus Sap on Scorched Earth. It can only harvest sap from the low, red-flowered cactus bushes, not the tall saguaro cactus trees.

For information pertaining specifically to the real-world Daeodon, see the relevant Wikipedia article.