This article is about Deathworm, not to be confused with 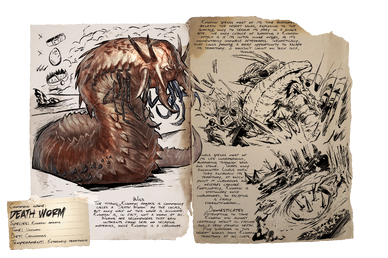 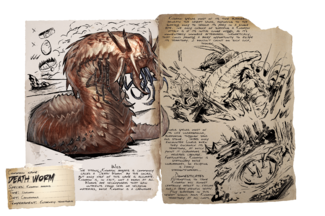 Dossier
These values may differ with what you see in-game or written elsewhere. But that is what the dossier says.
Groups
Fantasy Creatures, Invertebrates
Species
Khorkoi arrakis
Time
Unknown
Diet
Carnivore
Temperament
Extremely Territorial
Release Versions 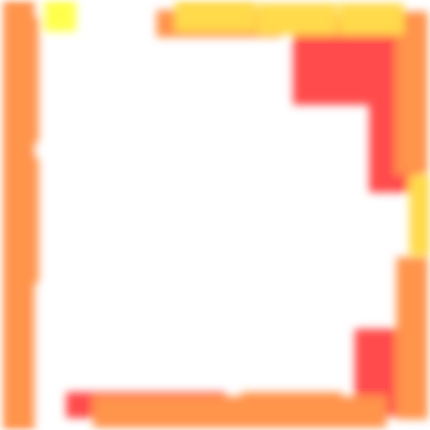 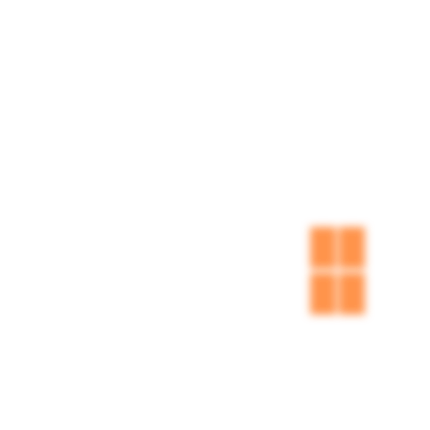 The Deathworm is one of the Creatures in ARK: Survival Evolved. It is available in the Scorched Earth and Ragnarok DLCs. A variant, the

Based on research conducted by Helena, the Deathworm acts as a natural barrier to keep animals and humans inside the world which she knew to be a space station posing as a real ecosystem. The Island doesn't have this problem due to it being surrounded by water, which the "Scorched Earth" world lacks. Additionally, the huge population of large predators living in a wasteland devoid of prey confirmed her previous knowledge that her environments were artificial.

Once within range, the Deathworm will emerge from the ground to engage in melee combat. It will simply chain melee lunges and will only move while emerged to readjust its attack direction. If the prey attempts to escape, the Deathworm will simply return below the surface to re-enter its mobile phase and pursue the victim until the victim gets far out of range or is killed.

It has a keen hatred for

Reaper and will shift its attention over any other tamed preys if they are nearby.

An ice-themed version of the Deathworm, found on Ragnarok inside the Frozen Dungeon. It has a light blue color scheme with white appendages and grey claws.

This variant is also much less powerful, with only 1700 health rather than 20000

The ocean of sand surrounding the Scorched Earth is patrolled by the appropriately named Deathworm, a burrowing predatory invertebrate of titanic proportions. Resembling a gigantic worm (or perhaps a leech) with slicing mouthparts and clattering vestigial legs, these blind, nightmarish creatures have excellent hearing and will attack almost anything they detect moving across the dunes, bursting up from below to seize their prey. Due to their extremely territorial nature, very little else is known about Deathworm behavior.

This section displays the Deathworm's natural colors and regions. For demonstration, the regions below are colored red over an albino Deathworm. The colored squares shown underneath each region's description are the colors that the Deathworm will randomly spawn with to provide an overall range of its natural color scheme. Hover your cursor over a color to display its name and ID.

Region 4:
Back and Spikes

Deathworm habitats are located all over the map among the large sand dunes.

The best strategy is to team up with another survivor, and take turns to distract - and attack.

If imported, a fully imprinted Giga with its owner on its back will always outpower a Deathworm.

A rideable creature is very good to have, as going on foot could risk your life. A high level Rex can fight one Deathworm safely. Wyverns are also good for taking care of a Deathworm due to their high DPS, especially Lightning Wyverns. Just be careful, as Wyverns have a relatively low base health and no armor from a saddle, making them easier for the Deathworm to kill.

Deathworms could attack at any time. If you are traveling in the sand dunes along the outskirts of the map, you can sometimes see a sandheap moving around. If you're not on the hunt for Deathworms, you should watch out. Alpha Deathworms are even bigger and stronger than the normal Deathworms. If you are using a large creature to take down a Deathworm, like a Rex or Rock Elemental, they may get stuck on each other, which will prevent your tame from escaping.

The Rock Elemental is resistant to all forms of damage except for armor piercing bullets and explosives. Along with its great offensive capabilities, it offers the best protection against a Deathworm. However, it is rather difficult to tame a Rock Elemental. It is recommended to either have 2 high level Elementals or 1-2 High Level Rex(es). Rexes seem to be the best way as they do more DPS than Rock Elementals.

They only spawn at level 1, meaning they always have the same stats, including health and melee damage, hence a fight with them can be well calculated.

For information pertaining specifically to the real-world Deathworm, see the relevant Wikipedia article.