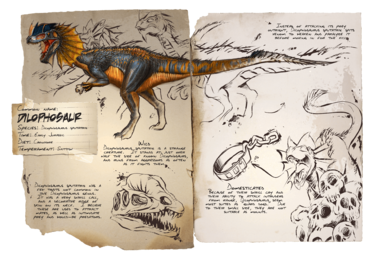 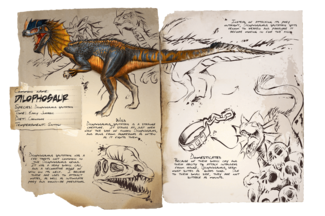 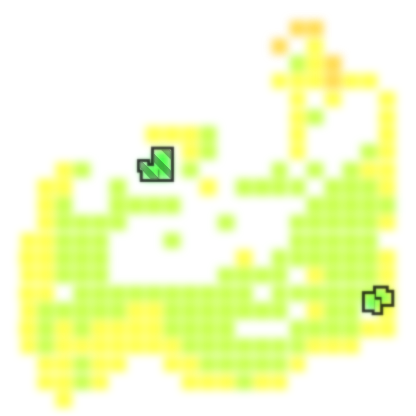 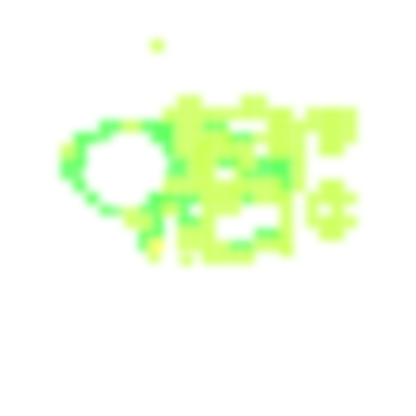 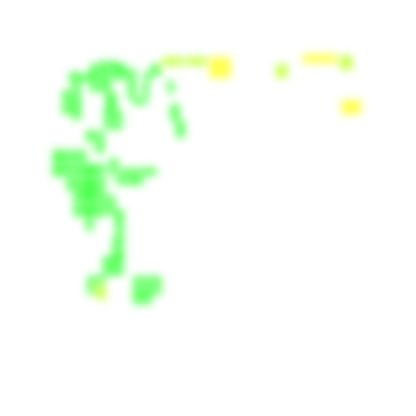 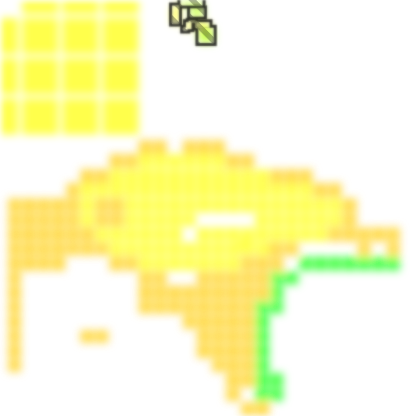 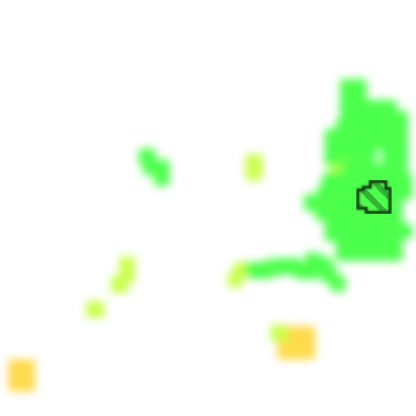 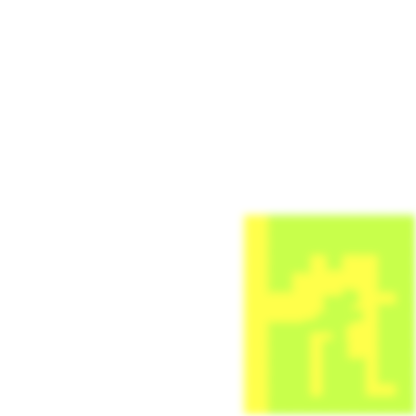 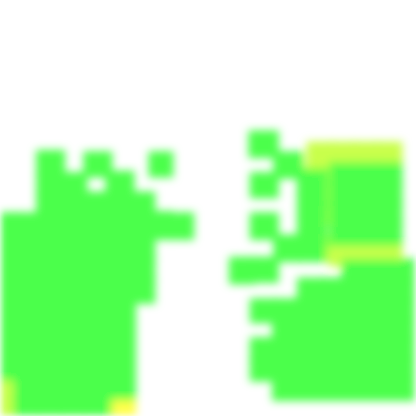 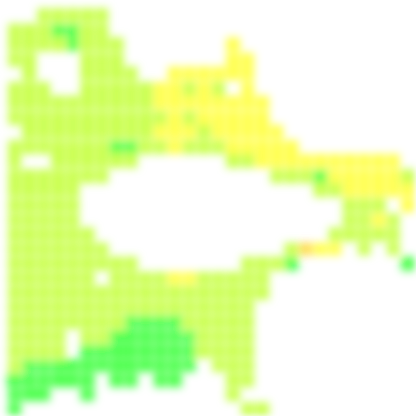 The Dilophosaurus (dye-LA-fuh-SAWR-us), also shortened to Dilophosaur or even more so Dilo, is one of the dinosaurs in ARK: Survival Evolved. They were medium sized theropod dinosaurs and aggressive, fast moving predators that lived in North American jungles during the Jurassic period.

Dilophosaurus have a very small aggravation range, but if provoked can produce deadly strikes in a very short time, as well as blinding you with a ranged poison that it will initially use before biting. Unlike other predators, the Dilophosaurus sometimes chooses to flee the player, making a relatively easy kill. They also do not live in packs, but can be found with 2-3 others. Dilophosaurus do not attack many other species that of dinosaurs, except for

Dodo, Moschops, Lystrosaurus, and other creatures which are smaller than themselves, or will not hurt them if attacked. Otherwise they will scavenge for dinosaurs that have already been killed and consume the meat of the corpse. (there is a bug where Dilophosaur will attack tamed Argentavis, along with all other aggresive creatures) The Dilophosaur is a highly adaptable animal that can be seen in many environments including beaches, plains, river banks, jungles, swamps and the redwood forest.

Dilos are common on the beaches and are often one of the first carnivores to be seen by a survivor. Though relatively small, their vision-impairing spitting attack makes it difficult to fight them in the beginning. With a bit of practice of dodging and a

Spear it becomes easy and almost natural. By midgame, they provide an easy source of meat and hide. Occasionally, they group up in forests. Be sure to dodge their spitting attack, or the tide of battle can turn!

Easily killed by any survivor with even a

Stone Hatchet. Simply approach from in front and strike the head, rinse-repeat until dead. For

Bows, shoot the head while backpedaling. If possible, dispatch it with a mount!

Pikes, since they give the ability to keep them away with the long range and knock-back.

Crossbow, for the range. And/or any kind of shield as it blocks the venomous blinding spit that they spit at you.

They are pretty slow, not able to keep pace with an unencumbered survivor. They have relatively low

When taming the Dilophosaur, a

Slingshot is preferred for knocking it unconscious. Two to three hits on a lower level Dilophosaur will knock it out and leave just over half its health remaining. You can also punch it 5-10 times and leave almost all its

For information pertaining specifically to the real-world Dilophosaur, see the relevant Wikipedia article.