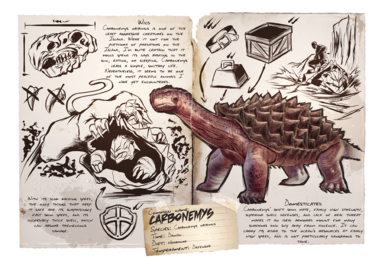 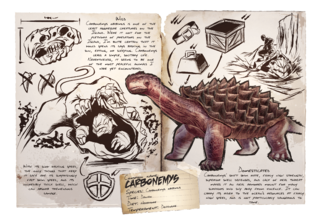 The Carbonemys (car-BON-eh-miss,) often simply referred to as Turtle, is a species of creature in ARK: Survival Evolved. 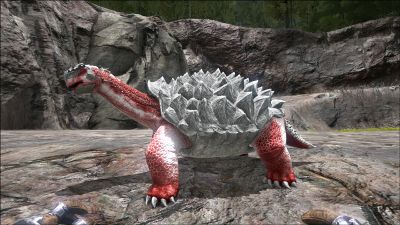 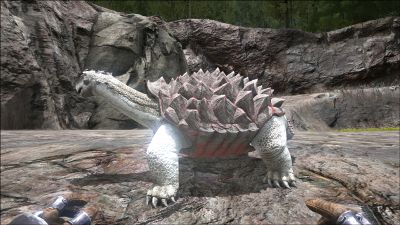 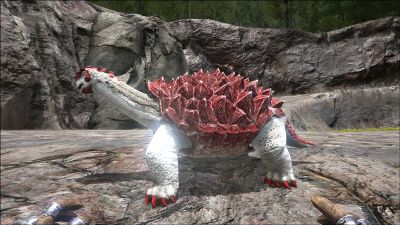 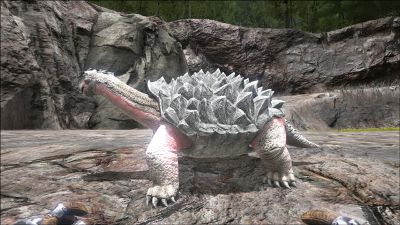 The Carbonemys is slow that you can easily outpace it even you walk backward, making spear are very effective weapon against it, you just have to prepare a lot or you might just run away from it temporarily.