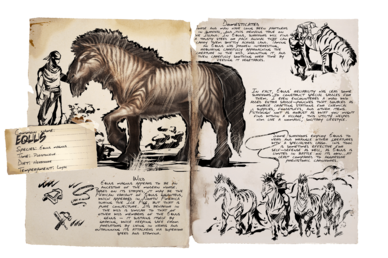 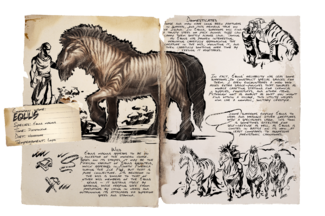 Dossier
These values may differ with what you see in-game or written elsewhere. But that is what the dossier says.
Group
Mammals
Species
Equus magnus
Time Period
Pleistocene
Diet
Herbivore
Temperament
Loyal
Release Versions 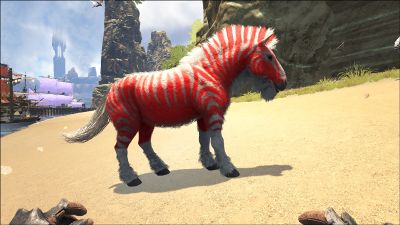 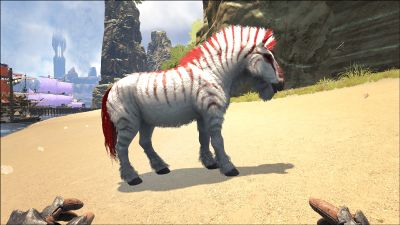 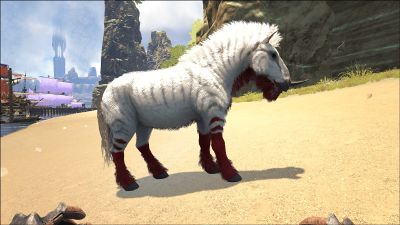 Begin by sneaking up on the Equus - they will flee if you startle them, much like the Tapejara. A ghillie suit will greatly aid in this endeavor. Place its preferred food in the last slot of your action bar, and when close enough, press E to feed. You are then able to press E again to mount the Equus. It will begin to run with you on its back, so be aware of any potential threats in the area prior to beginning the tame. While riding, watch for when it begins to buck and attempt to throw you off. Press E again to feed and calm the Equus. If you do not hit the feed button fast enough you will be thrown off the Equus, which will then kick you to inflict torpor damage. Repeat this process until you have your very own noble steed. Make sure to only feed the Equus when it starts bucking. If you feed it prior, then it will throw you off it’s back and your taming progress will be lowered. You may jump while riding the Equus, so you may do this until it runs out of stamina, effectively making it slower. While taming, you must be defensive against other creatures, so go in prepared. Have other tames and tribe members on aggressive and follow, and it may also be worth walling off the area that the Equus is in (in an effort to minimize the predators in the area). Sometimes if another creature hits the Equus during taming, the taming progress drops to 0%, and taming efficiency is penalized as well.

This process of taming it out in the open however often leads to failure, as when the Equus randomly wanders, it oftens gets close to and dies from dangerous creatures, as it is often found in relatively dangerous areas. To tame it reliably, there are certain methods that can be applied, all of which involve using a trap.

Quetzal. Drop it in a trap or pen and then tame.

Bear Trap if taming effectiveness is not a priority), and quickly build fence foundations around it to trap the Equus. An even better solution is to first knockout the horse, (even using a

Every time you botch the taming process you will lose taming effectiveness. It is possible to reset the effectiveness to 100% by knocking the Equus unconscious - however they might despawn at some point after - this even while taming it.

Note: The strategy described is risky. Having tames following on aggressive might kill your Equus if it kicks you when throwing you off. Trying to tame it in a pen might show being difficult too, as the Equus will just run around and never calm. You can get out of rendering range and come back, making it calm again. Beware as it might despawn.