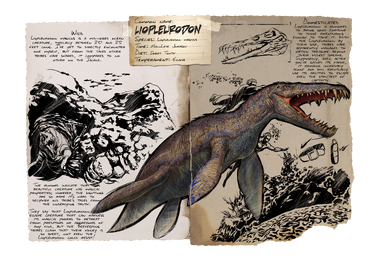 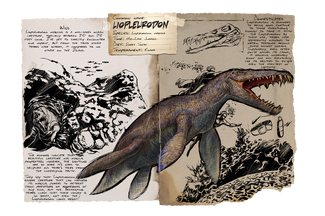 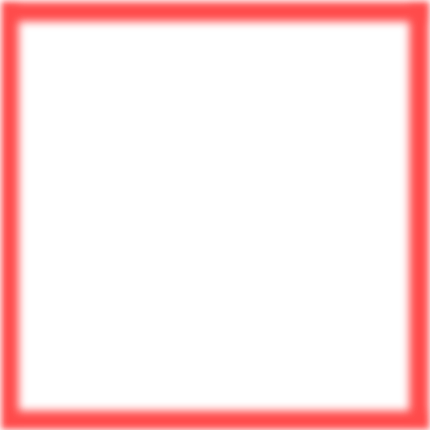 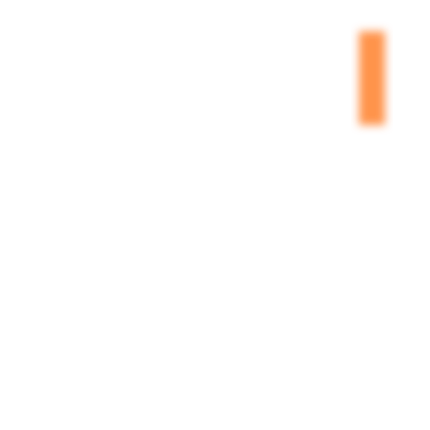 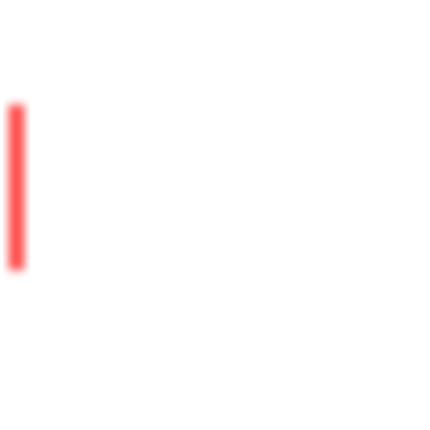 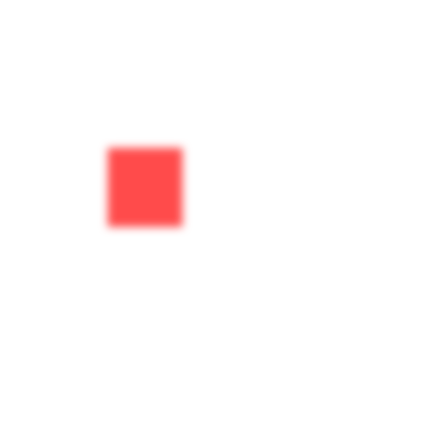 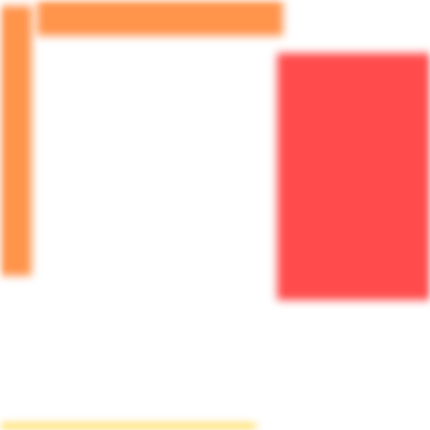 The Liopleurodon (Lie-oh-ploor-oh-don) is one of the Creatures in ARK: Survival Evolved.

As it says in the dossier "it mostly hides within the reefs, waiting to ambush prey that swims by." The Liopleurodon swims around until attacked by a player or creature, at which point it will spin around and vanish, never to be seen again.

The Liopleurodon appears as a crocodile-like reptile, with two sets of fins and a short tail. It is a pliosaur, a short-necked, large-headed type of Plesiosaur, making it closely related to the deep water Plesiosaurs. It also possesses a single long barbel on its chin to detect the presence of prey swimming past its ambush lair.

This section displays the Liopleurodon's natural colors and regions. For demonstration, the regions below are colored red over an albino Liopleurodon. The colored squares shown underneath each region's description are the colors that the Liopleurodon will randomly spawn with to provide an overall range of its natural color scheme. Hover your cursor over a color to display its name and ID. 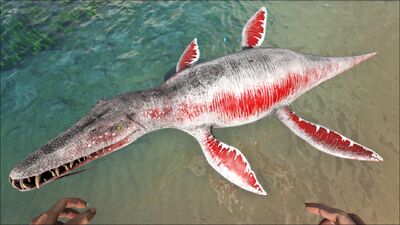 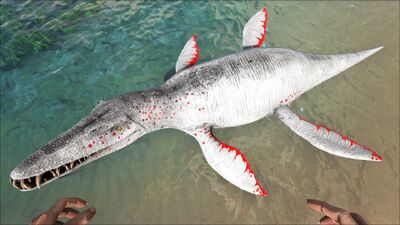 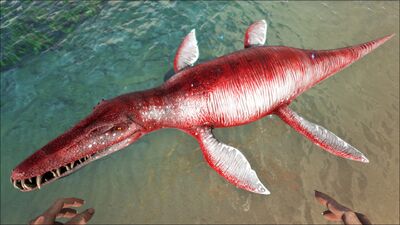 On The Center the Liopleurodon has been found in the deepest parts of the trench.

This section describes how to fight against the Liopleurodon.

The Liopleurodon is a passive creature and will not attack you, but will attack you when mounted.

As this creature is known for its rarity, it is more than likely the player will only fight a Liopleurodon if startled by a sudden attack when mounted, if not attempting a tame.

As this creature can essentially vanish into thin air (or water in this case), no clear strategy can be recommended.

You can use anything but as soon as it receives damage the Liopleurodon will teleport away.

The Liopleurodon itself doesn't impose any danger if you are not riding a creature; if riding on a creature the Liopleurodon seems to be hostile if you get close but overall its threat level isn't much since it will teleport away when you fight back. However the surrounding water could be inhabited by predators.

Low speed and turning radius. It is not meant for battle.

For information pertaining specifically to the real-world Liopleurodon, see the relevant Wikipedia article.