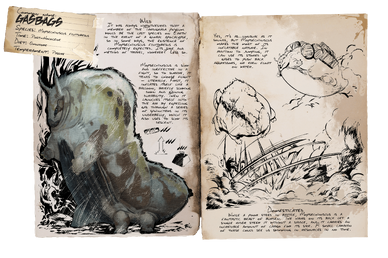 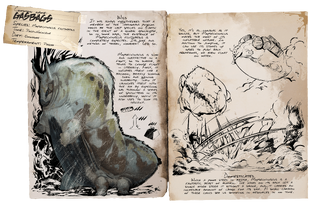 Dossier
These values may differ with what you see in-game or written elsewhere. But that is what the dossier says.
Group
Invertebrates
Species
Mopsechiniscus fluitobesus
Time
Post-Holocene
Diet
Omnivore
Temperament
Passive
Release Versions 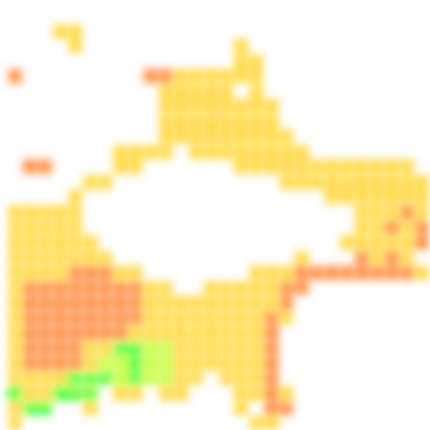 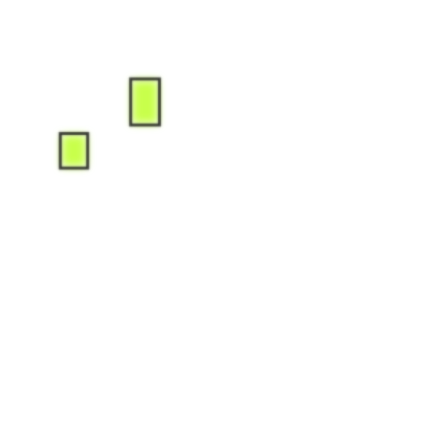 The Gasbags is one of the Creatures in ARK: Survival Evolved and a native to the Extinction map.

It acts Docile towards players and creatures unless it is attacked, as it may bite (though its attack is incredibly weak), blast gas, or take flight. It will attempt to scare away predators by puffing itself up but if this doesn't work it will try and flee by floating away. Gasbags naturally make sure they are inflated at all times in anticipation of a threat.

It looks similar in appearance to a massive plump caterpillar/cow hybrid or tardigrade with a wide, bulbous body that is divided into four segments. It walks on six short, plump legs. Its head is sunken into the body and is small and features a beak, with two oval shaped eyes and two horn-like antennae with a small patch of fur between them. The front-most segment of its body is wrinkled around the head and appears to have a coarse patch of fur. Its back is dappled sparsely with what appear to be small, round armor plates or gas chambers. Its belly is augmented with a porous element membrane, from which it ejects gas previously inhaled from the air. When it puffs itself up, all its segmented regions swell up to a size around two times larger, while the head remains the same size.

This section displays the Gasbags's natural colors and regions. For demonstration, the regions below are colored red over an albino Gasbags. The colored squares shown underneath each region's description are the colors that the Gasbags will randomly spawn with to provide an overall range of its natural color scheme. Hover your cursor over a color to display its name and ID.

This section describes how to fight against the Gasbags.

Gasbags are typically docile creatures unless attacked, and will flee rather quickly by jetting away. They may also blast gas out of its Tek meshing on its belly to blow away aggressors.

Any hunting strategy will do to bring down a Gasbags, given enough time and patience. Their only valid response will be to flee, and because they blast away quite far and quickly, it can be hard to catch up lest the survivor or a tame is fast enough. However, when fully puffed with air, they take 80% less

damage, so it is important to not allow this. They will slowly lose air when being hit, but a simple way is to shoot them in the head while they are puffing up, which causes them to deflate, preventing escape, and usually ensuring a kill.

Since a Gasbags will try to flee from an attacking player, ranged weapons such as the

Longneck Rifle, or swift tamed creatures such as an

Gasbags will sometimes bite the player with very low damage. Although, their only danger is, should they puff up and jet you with their gas, you may land next to more dangerous creatures or fall down a ditch. Be aware of your surroundings at all times.

While mejoberries are effective, they will tame faster with advanced crops.

There are several ways of knocking out Gasbags.

It is worth noting that Gasbags are more prone to being knocked out while they are not inflated. There are several ways of deflating Gasbags while its inhaling air.

Should it be successful at deflating the air, the Gasbags will immediately jump up in shock rather than blasting its stored air upwards.

Aberration Bus - This animal can be transferred to the Aberration map. In combination with a

Cryopod, it makes it easy to search for drops and leave the map. In addition, in the presence of a large amount of oxygen, you can fully navigate the map, carrying a huge amount of resources, and even carry an extra passenger with you. Moreover, in some cases Gasbags is even better than a

Rock Drake for navigation and getting from one place to another. Gasbags can rise vertically upwards.

Managarmr is also able to climb high - but it does not curl in the air, and cannot correct its flight, plus it uses tons of stamina. For improvement - only

Radiation poisoning and will die in the Red Zone if stayed there too long.

Pack Mule - The Gasbags will be used to transport materials in the field and back to base. An example would be if you are collecting

Metal and you have no tames but your Gasbags, in which case you could load it up and take it around whilst farming

Metal as it can carry a obscene amounts of resources, easily surpassing the

Quetzal's weight capacity by a large amount as a base number. There are three stats to consider leveling on a Gasbags based on your needs. Some

Oxygen is essential to allow the Gasbags to fly for much longer periods of time without potential landings in hostile territory.

Movement Speed actually increases the flight speed of the Gasbags which will allow it to fly faster. In unison with leveling oxygen, this can allow the Gasbags to reach crazy lengths of flight. Leveling

Weight sounds appealing but should only be done as an added luxury; the weight increase per level is fairly small and often times the amount of weight already present is sufficient. If you're in a hostile environment and are subject to being harassed on the move, consider some

Tank - When bloated with air, the Gasbags takes 80% less

damage making it useful for tanking

Turrets, and raids. All one has to do is fill up the gas capacity to 100% and try to maintain that full inflation so the reduction in damage is applied. Against ranged weapons and projectiles, do not let the head get shot as this will cause the Gasbags to deflate, making it quite vulnerable. The Gasbags is also one of the best turret soakers in the game. When soaking turrets, make sure to have the creature with its back side faced towards them, as this will prevent the Gasbag's head from getting shot as well as the survivor mounting it. The Gasbags can also be equipped with the

Gasbags Saddle to further increase the damage reduction. On top of all of this, if a situation becomes hairy, one can easily flee quickly in contrast to almost every other tanking creature out there. Depending on the specific job, one can optimize the leveling to their needs. Generally though, pumping

Oxygen is needed to increase its tanking capabilities and

Stamina is needed for helping the Gasbags tank for longer as it constantly breaths in air.

Movement Speed can also be valuable to allow quicker walking and flying.

Troll - Surprisingly, the Gasbags makes for a hilarious troll thanks to its tertiary, gas blast attack. Though this does no

Damage, it does incredible knockback to survivors and creatures, sending them a significant distance. If one does get blasted, they will be granted the Gassed effect which makes a player gassed by a Gasbags immune to fall damage until he/she touches the ground. Though this means that you can't kill unfortunate victims with fall damage, one can still use the gas blast attack to harass at large. One can even troll practically by knocking back survivors and tames down ditches where they can't easily get out, into a dangerous area full of dangerous creatures, wild or tamed, or just for the heck of enraging other players.

Travel/ Scout - As stated with the role of 'Aberration Bus', the Gasbags is a great mount to use on any map in order to get around, as it can float and blast gas to fly to avoid most threats and travel comfortable over immense distances, so long as it has sufficient oxygen. The Gasbags can also be a viable scout, as it can be tamed and used without a saddle very early in the game and has good mobility in the air. This allows a survivor to quickly get to any area and leave if need be. It is also important to note that the Gasbags can also carry an 1 extra rider if its saddle is equipped, making . Level

Health if need be.

For information pertaining specifically to the real-world Gasbags, see the relevant Wikipedia article.