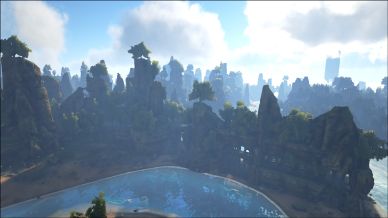 Jungles Mid or Jungles Middle is a lush, jungle-covered island featuring hidden ruins in the middle of the map in the DLC: The Center.

Notice: Until The Center has official region names, this page represents the Jungles Mid spawn area, the entire Middle Jungle island, and the adjacent rivers/shorelines.