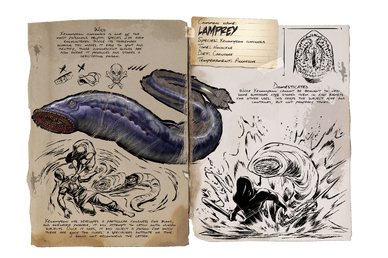 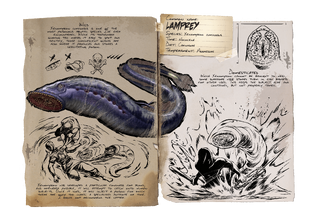 Dossier
These values may differ with what you see in-game or written elsewhere. But that is what the dossier says.
Group
Fish
Species
Xenomyzon luminosus
Time
Holocene
Diet
Carnivore
Temperament
Aggressive
Release Versions 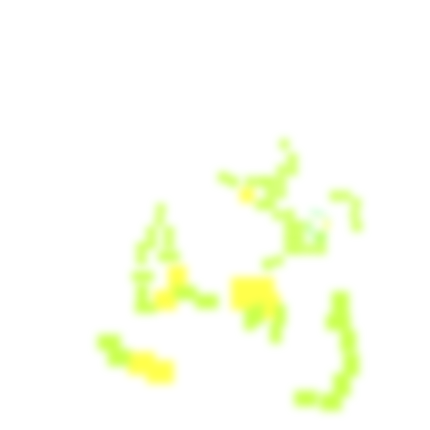 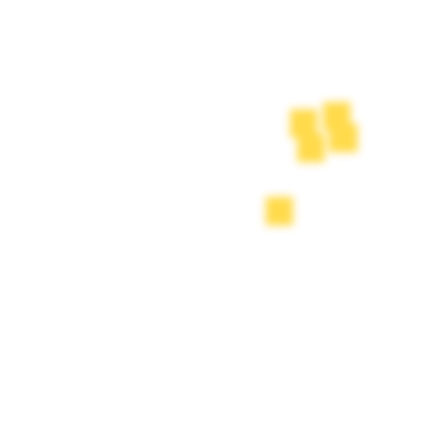 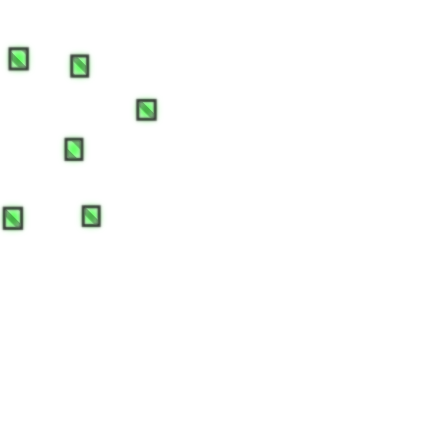 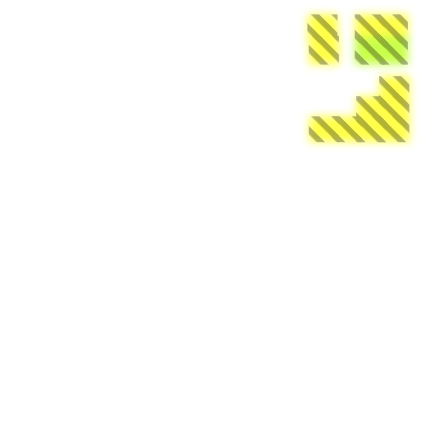 The Lamprey is one of the Creatures in the Aberration-DLC of ARK: Survival Evolved.

Lamprey lurk wriggling in the water, waiting for survivors or tames to pass by, whereupon they leap gleefully and attach themselves to their victim. They pursue their victims onto land. Once attached they apply the Charged Light buff, the Mega Rabies debuff, which doesn't appear to actually do anything, and the Lamprey Poison debuff, which very slowly reduces health. The duration of the debuffs is dependant on the Lamprey's level.

When attached, the Lamprey can be seen sucking away at the bottom right of the screen; it doesn't drastically obscure the player's vision like a

Leech. It can be removed by standing in a campfire, just like a Leech.

Lamprey look similar to eels, with a scaleless, elongated grey body. However the tip of their tail glows with Charged Light, a thin glowing purple stripe runs down side of the front part of the body, and they have small glowing orange fins down the rear of the bodies.

The Lamprey always spawns with the same color scheme and has no color regions.

This means it is currently impossible to make alterations to the Lamprey's colors.

This section describes how to fight against the Lamprey.

Use a pike or ranged weapon, if it gets close enough for regular melee, it attaches itself to you and can only be removed by another survivor or by standing in a campfire.

Anything can kill it, but if you want to play it safe try to stay at a distance.

They are a bit faster than Leeches but are difficult to overlook, given their glowing markings. If they successfully attach, unless you are already very low on health, then there is no real need to worry, as their health drain is quite minimal, they don't really obscure your vision, and their presence may actually be of benefit to you. A character with 100 HP had HP reduced to 37 HP suffering the health drain over the duration of the debuff.

Lampreys can be 'tamed' using a

One possible reason for taming them is to keep them around for later use for charge light or radiation protection. While a "tamed" Lamprey is not able to attach to you to provide its benefits you can unclaim them at a later time rendering them wild so they will attack and attach to you providing you their benefits for 600 seconds before falling off and despawning. You can also whistle to command a "tamed" Lamprey to attack another survivor and it will attach to that survivor.

Most of the utility to be gained comes from wild Lamprey. When a wild Lamprey attaches to you it will stay attached for around 600 seconds, draining your health at a very slow rate as well as providing the following benefits:

For information pertaining specifically to the real-world Lamprey, see the relevant Wikipedia article.