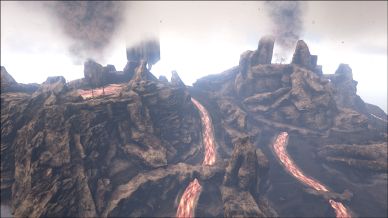 The Lava Island is a volcanic island to the north in the DLC: The Center.

Two caves can be found here: the Lava Oasis Cave and the LavaCave.