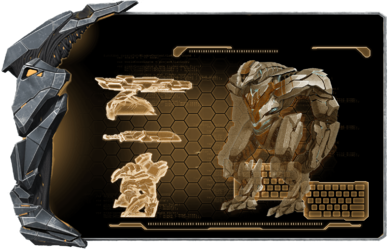 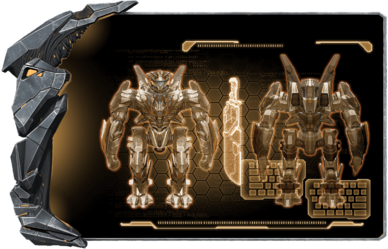 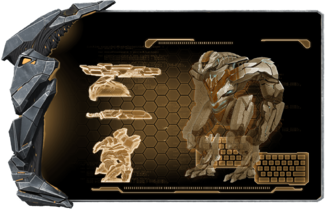 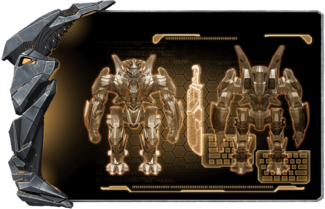 Not Yet Released
DLCs
Extinction
Variants 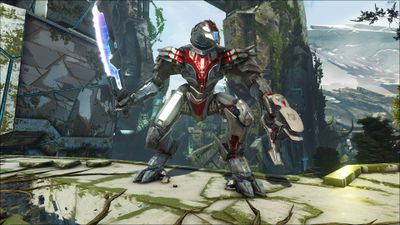 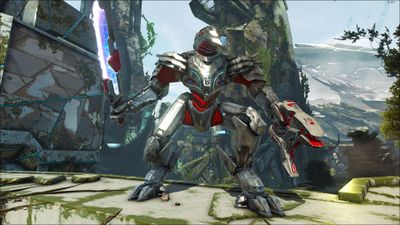 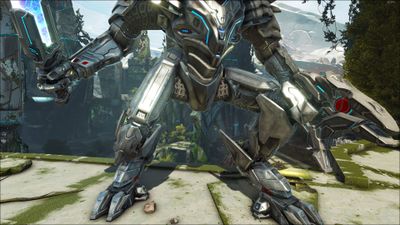 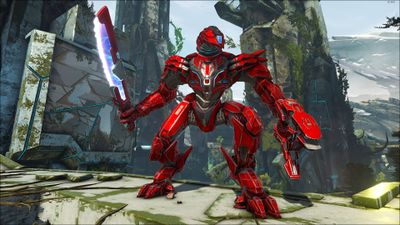 Mek
The stat-calculator does not work in the mobile-view, see here for alternatives: Apps Note that after the creature is tamed it gets bonuses on some stats depending on the taming effectiveness. This makes it hard to retrieve the levels on a tamed creature, so this tool is only for wild ones, but gives a first impression, how well the stats are distributed.

While Meks are indeed strong, they cannot level up unlike Enforcers nor do they wear any "saddles". As such it is possible for creatures such as Rex and Giganotosaurus to out-damage, out-health, and out-perform a Mek in combat. The only thing the Mek is best at is its flexibility and multiple damage sources since it can deal damage with its sword, pistol, boosters and potentially module. It also has no turning radius, so the mek can attack in any direction it instantly faces.

Less familiar role for this mechanism. This object can be used as a very mobile tool for the destruction of the structure of buildings. Mek can damage any kind of structure with the help of his sword. Sword attacks consume stamina, but do not consume fuel. This is a big mechanical Arthropluera. Few people pay attention, but the pilot MEK does not receive impacts. It can not be grabbed, poisoned, stunned, even the pilot does not consume oxygen. A team of base destroyer meks can easily destroy a base once all of the turret's have been drained of bullets. This allows you to apply MEK under water to destroy structures and walk on the ocean floor just like Karkinos. MEK is affected by radiation, which can be prevented by using Mushroom Brew, and it protects the pilot from radiation, just like a Hazard Suit. Recommendations - do not fly, do not shoot. Shooting consumes a lot of fuel. Pair meks up with Astrocetus for total base destruction.