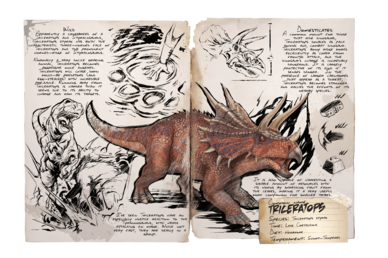 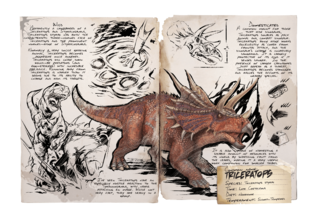 The Tek Triceratops is a creature that was permanently added to the game with the Genesis: Part 1 DLC. It is a unique alternate of the original Triceratops, and is purely made of Tek. Unlike the original, they spawn at a 5% rate at a 20% higher level than usual.

For information pertaining specifically to the real-world Triceratops, see the relevant Wikipedia article.