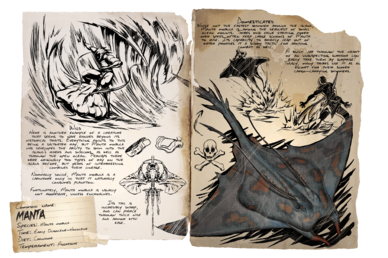 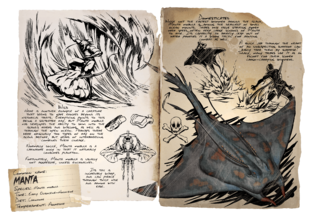 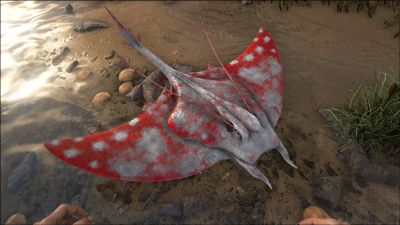 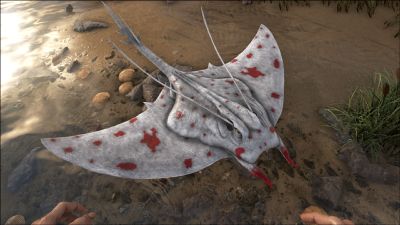 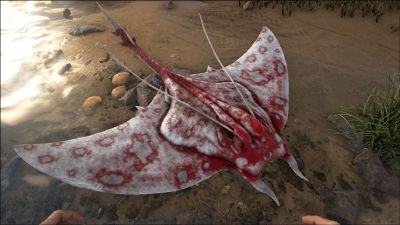 AnglerGel, which is dropped by the

Mantas can be taken out easily with even a Spear if run onto land, and stronger weapons make killing it a piece of cake.

Transport: The manta is a great choice for transport, as it is fast and can defend itself well.

For information pertaining specifically to the real-world Manta, see the relevant Wikipedia article.