Currently, there are 7 official ARKs, 3 of which are canon and 4 of which are non-canon, as well as 2 additional maps: 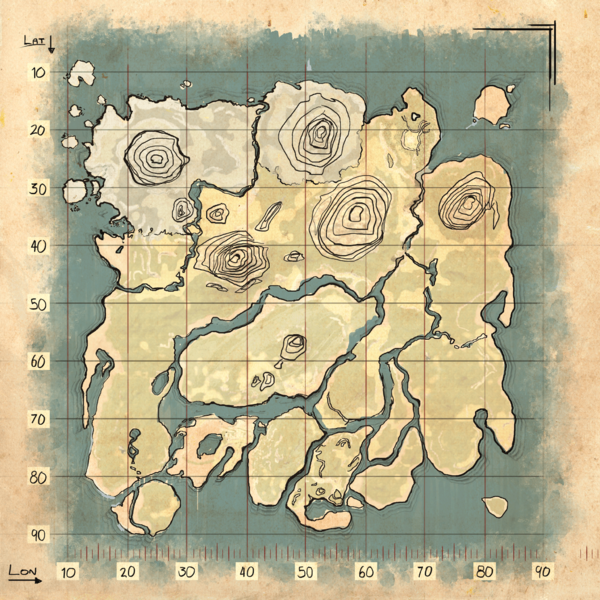 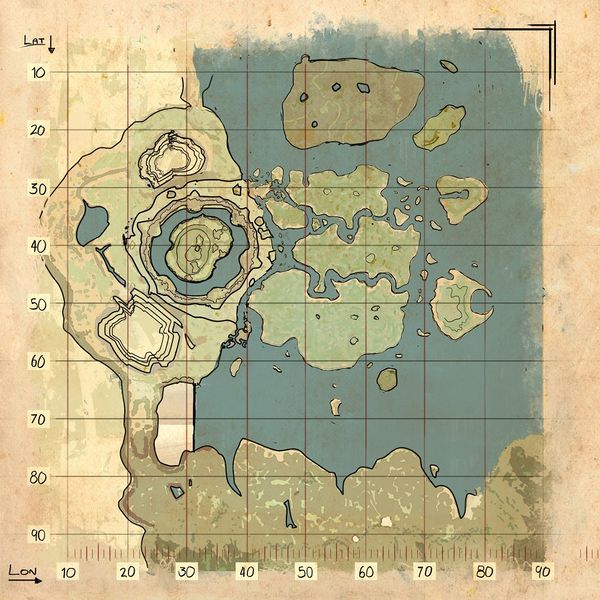 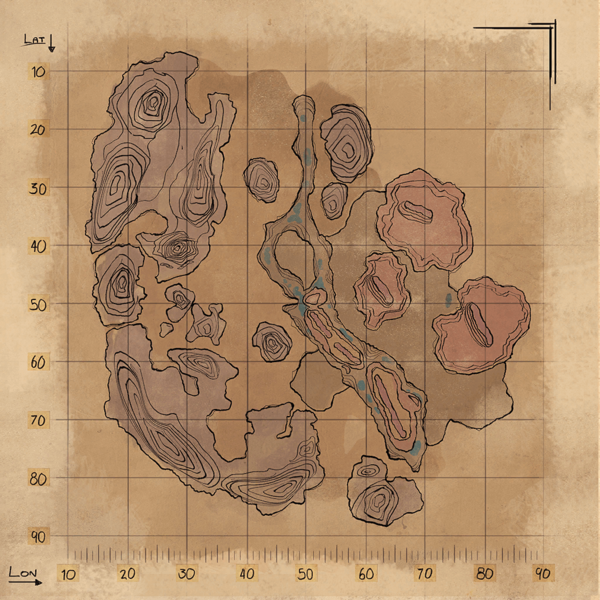 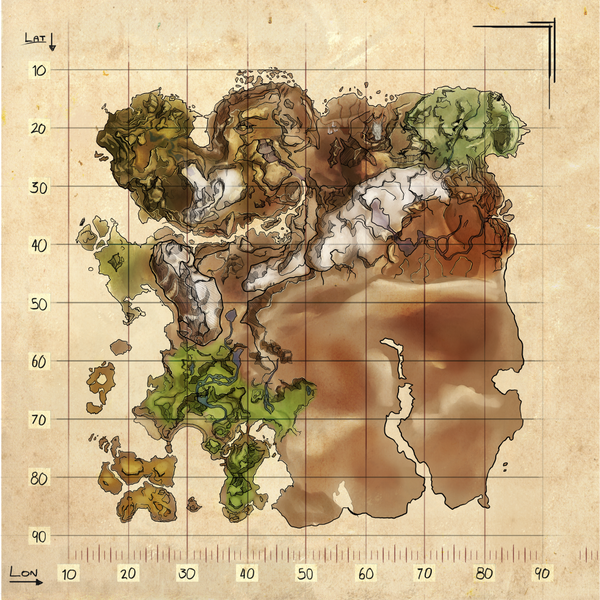 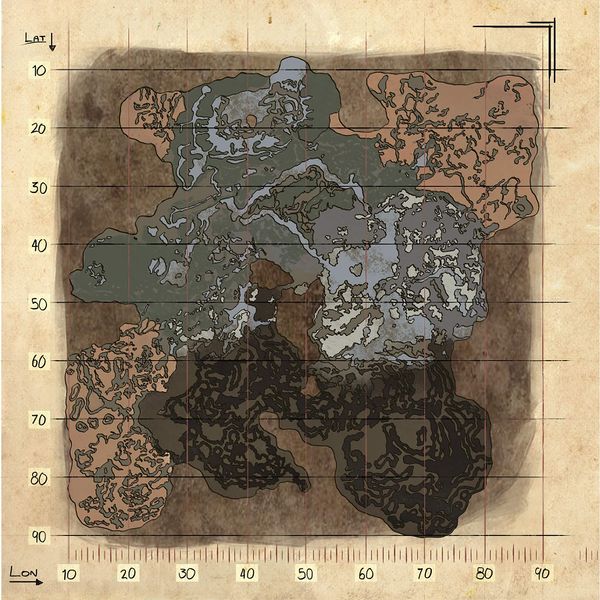 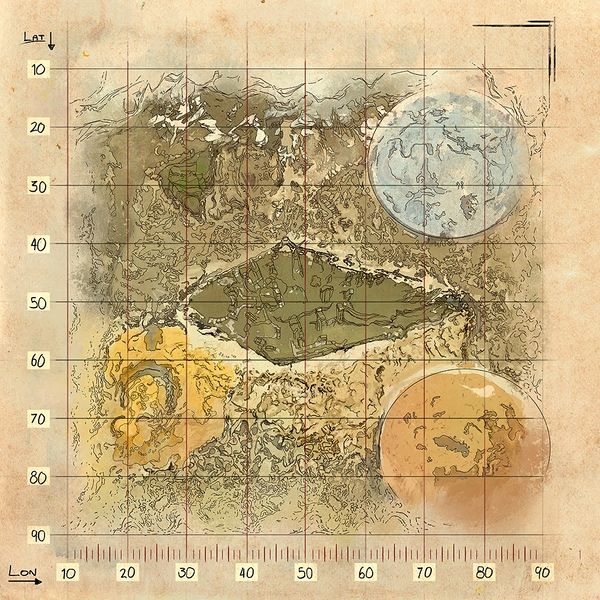 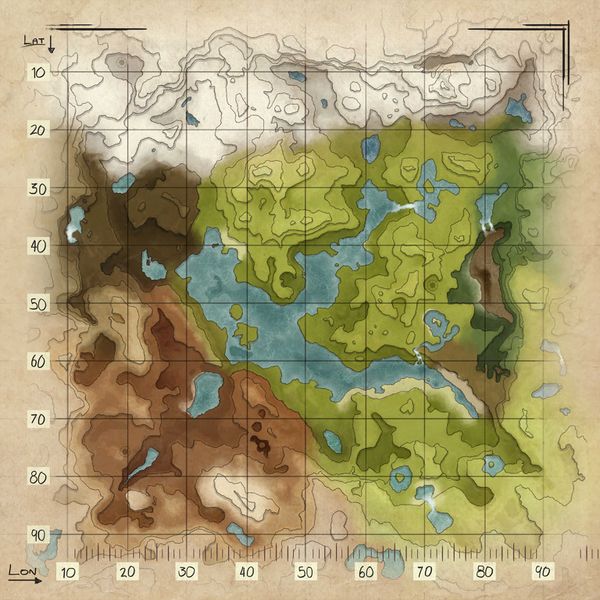 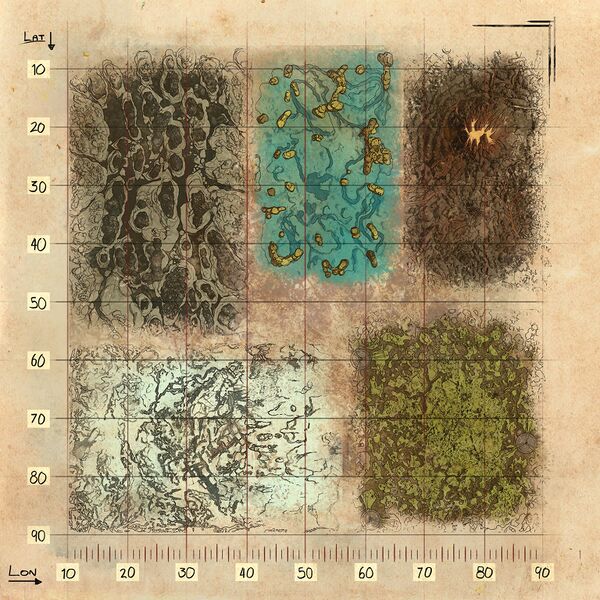 In the 22nd century, The United Republic of Earth (URE) and the Terran Federation (Feds), two identical futuristic super powers on Earth, launched a full-scale Tek war to see who is the better faction. However, both sides ended up weakening themselves and Element, a substance both used during their war, had grown to critical masses and alarming growth rates. As a result, Element spreads across the planet, and natural disasters ravage the planet and destroy the inhabitants present. In the aftermath, very few landmarks and monuments remain intact with veins of Element spreading and growing abnormally faster. One notable landmark that remains intact is the city of Sanctuary of Extinction.

ARKs are space stations intended to house living organisms such as

Humans, Creatures, and Plants. These ARKs were sent up prior to a global-level extinction event in which

Element wiped out the Humans.

Specimen Implant, this causes all ARKs to slowly descend onto earth, forming a giant seed that blooms over the Earth's wasteland, turning it into a blooming environment that it once was before the global-level extinction event, and eventually rid the raw, corrupt Element that has overgrown over it.

Every single ARK is descending onto Earth, including the Aberrant ARK with Rockwell and a station full of corrupt Element. From that point, Rockwell somehow manages to hack the Genesis Simulation to gather an army. Only thing left unknown is the significance of Arat Prime.

Homo Deus are beings created to watch over the ARKs. According to HLNA, they are energy-based beings who live in another reality and were an option of escape for humanity. The Homo Deus were instead integrated into the ARKs. These beings can rarely resurrect

Humans. A noteable one, The One Who Waits/Helena, guides the survivor through The Island, Scorched Earth, and Aberration to Extinction. With Element prolonging the ARK's time in orbit, this caused the Homo Deus to lose themselves. Helena is the last Homo Deus whose mind hasn't crumbled yet. While being all powerful and all-knowing, Homo Deus have other abilities:

In Genesis, HLNA notices that the Homo Deus technically don't exist in the physical world anymore and have their own plane of reality, a reality Helena describes that few can ever reach. Even Helena suddenly disappeared for an unknown reason.

With the Genesis Simulation technology near perfection, the creators of the ARK move to phase 2: making the actual ARKs by testing with proto-ARKs. Proto-ARKs can be found on Extinction and are prototype ARKs. Unlike the environments that were sent up into space,

This is nearly everything we currently know about Arat Prime:

An unknown location that is on the other side of Earth, Arat Prime is mentioned when Diana notices many references inside the database at the bunker she and Mei Yin found. According to HLNA, Diana and Mei Yin made it to Arat Prime where they sent Helena inside the Genesis simulation to make HLNA for an unknown reason.

Arat Prime is a mostly unknown location on the opposite side of the Earth from Extinction and is referenced in various Explorer Notes and possibly referenced in the end-scene from Genesis. HLN-A Discovery #14 reads,

"'We’re pioneers, but we aren’t the first survivors to get back to Earth. Years ago, a few survivors got back -- one of whom was Helena, the survivor who made me. They saw the same devastation you’re seeing right now, and they sought their own way to escape. For Helena, that meant ascending and becoming Homo Deus -- an energy being beyond our reality. For her friends, it meant a long journey to a place called Arat Prime, where they figured out a way to beam Helena into the Genesis simulation. And then she made me!'" (HLNA Discovery #14)

"A7 priority communication received. Arat Prime is locked down."

"Arat Prime has gone silent. Launch was not confirmed."

In her explorer notes at the bunker station, Diana notices that a lengthy amount of information about Element's properties and the Titans all reference to Arat Prime.