This article is about Megaloceros, not to be confused with 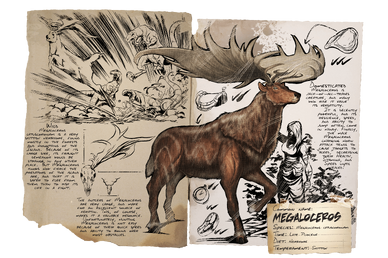 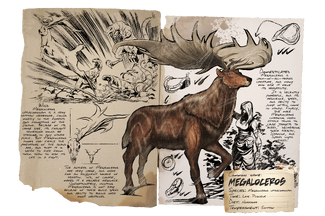 Dossier
These values may differ with what you see in-game or written elsewhere. But that is what the dossier says.
Group
Mammals
Species
Megaloceros latuscoronam
Time
Pliocene
Diet
Herbivore
Temperament
Skittish
Release Versions 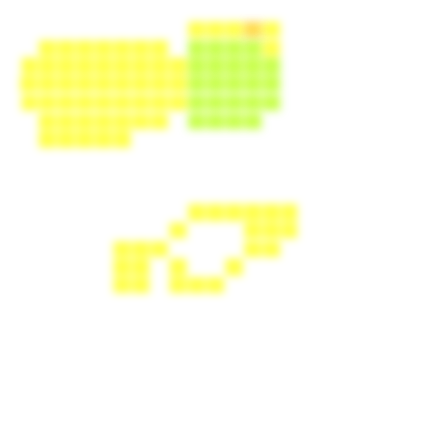 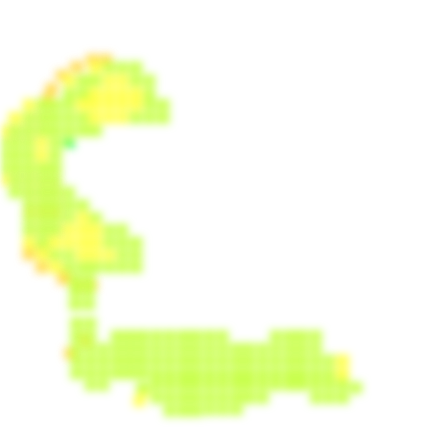 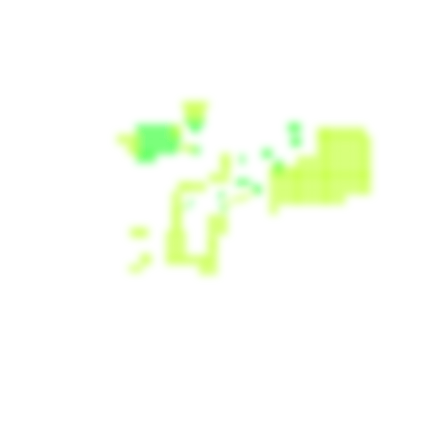 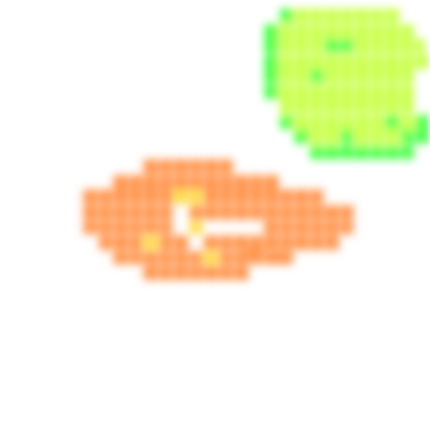 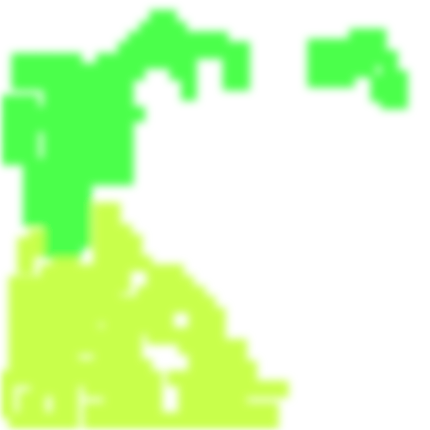 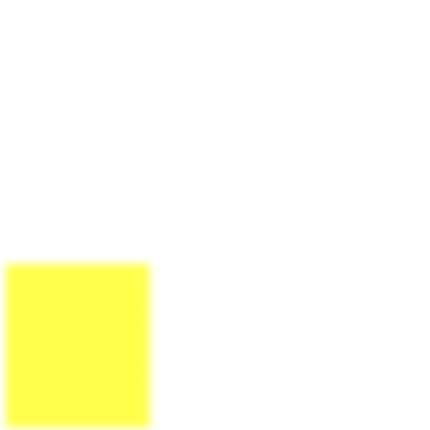 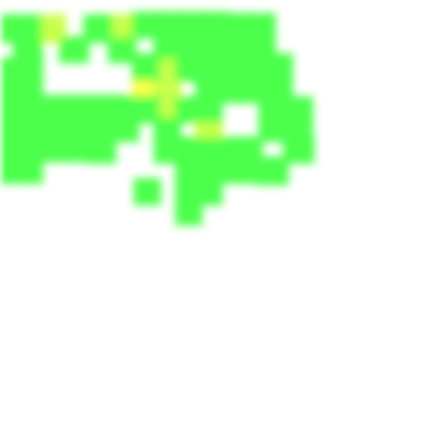 The Megaloceros (meg-ah-loe-seh-ross) is one of the Creatures in ARK: Survival Evolved.

Megaloceros is a passive creature. When attacked, it runs away with high speed. Females are 25% faster than males and both can jump over obstacles that are one wall tall. However, once tamed and mounted, only males can attack.

Also known as the Irish Elk or the Giant Deer, the Megaloceros simply resembles a standard deer, except as big as a horse. Megaloceros stags are recognizable by their impressive antlers, used for tussling with each other for the antlerless does. It is only found in the ARK's coldest regions where it is the most common herbivore and thus, regular prey for dire wolves and sabertooth cats,and the redwoods,where it sees the same fate as the tundra dwellers.

This section displays the Megaloceros's natural colors and regions. For demonstration, the regions below are colored red over an albino Megaloceros. The colored squares shown underneath each region's description are the colors that the Megaloceros will randomly spawn with to provide an overall range of its natural color scheme. Hover your cursor over a color to display its name and ID.

They can be picked up by an Argentavis (needs PvP or option "Allow Flyer Carry (PvE)"), making it easy to put it in a small box with windows to shoot arrows through, so they can't escape. They are also susceptible to bolas, so you can bola a lower level one and club it into unconsciousness.

This section describes how to fight against the Megaloceros.

The Megaloceros will flee from a fight when attacked, rather than fighting. This trait makes them difficult to kill, as it may be hard to shoot them while they are running. If you have one tamed then they have good damage and is stronger than the

Try to chase the Megaloceros against a steep cliff. If you walk up directly behind it, it will try to run up the cliff instead of fleeing to either side leaving it open to your attacks. Try to angle yourself in relation to the cliff so that you drive the Megaloceros up the steepest area which should limit its movement options. This is most easily accomplished near the beach. Megaloceros are also relatively slow swimmers so chasing them into the water is viable. Bolas are also extremely effective.

In the wild the Megaloceros is not a danger on its own. However they are fast and can grab the attention of more aggressive carnivores such as Terror Birds and Dire Wolves. Although the dossier mentions that the Megaloceros can cause a bleeding wound this has not yet been implemented. (Tested as of v253.995 against wild creatures, PvP scenarios have yet to be tested.) As of v300.0 this has been added, but only for tamed Megaloceros as wild ones run when attacked.

Both male and female Megaloceros are skittish and will run when provoked.

Once you tame a Megaloceros, if it is a female and has a saddle, it can not attack

For information pertaining specifically to the real-world Megaloceros, see the relevant Wikipedia article.