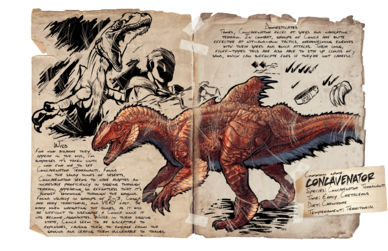 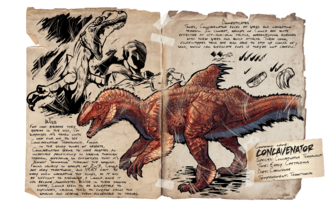 The Concavenator is a dinosaur in ARK Additions.

The Concavenator never strays far from the dunes of Scorched Earth, Ragnarok, Aberration, Extinction, Genesis: Part 1, and Crystal Isles. The Concavenator can dig into and swim through the ground.

The Concavenator also has a pack bonus and can stir up sand using its tail, which will inflict the Sandblasted debuff.

Carnotaurus in size and smaller than

This section displays the Concavenator's natural colors and regions. For demonstration, the regions below are colored red over an albino Concavenator. The colored squares shown underneath each region's description are the colors that the Concavenator will randomly spawn with to provide an overall range of its natural color scheme. Hover your cursor over a color to display its name and ID. 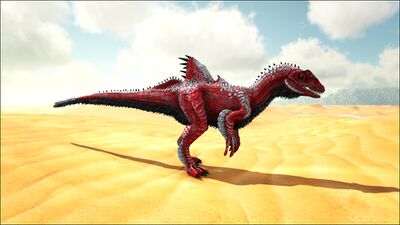 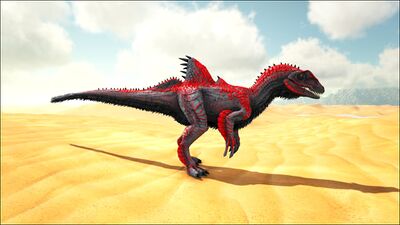 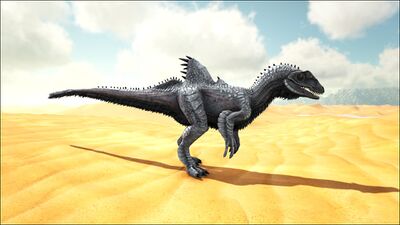 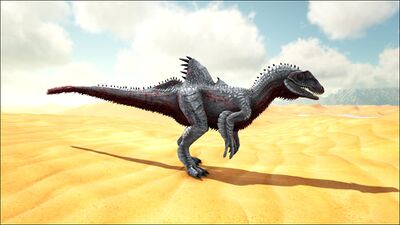 This section describes how to fight against the Concavenator.

Torpidity, which may or may not knock it out.

Although the Concavenator can be knocked out utilizing normal means, inflicting

Torpidity using explosives is recommended, as the time the Concavenator spends out of the ground is minimal. Additionally, its

Torpidity declines rapidly, making the use of tranquilizers more likely to damage, and possibly even kill the Concavenator. Explosives such as

Torpidity, it is wise to detonate one

C4 Charge at a time, avoiding the risk of damaging it as it falls unconscious.

Subterranean Travel - Concavenator possesses the ability to swim through the ground, enabling it to travel with more speed and versatility.

For information pertaining specifically to the real-world Concavenator, see the relevant Wikipedia article.