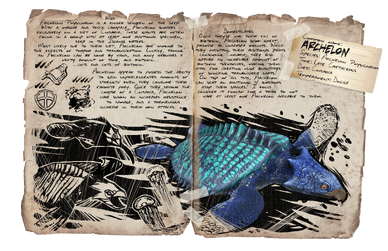 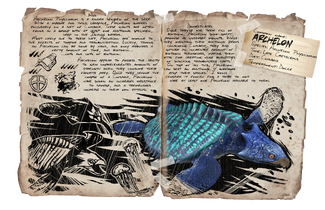 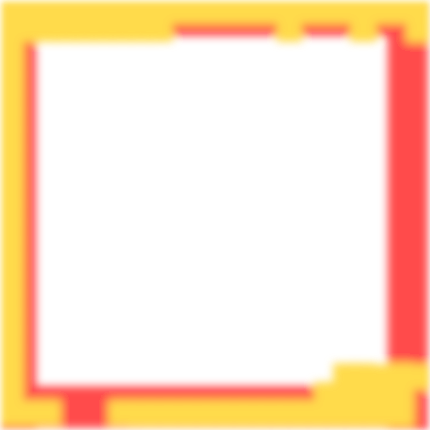 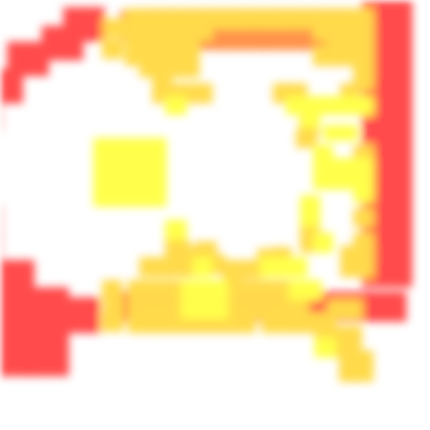 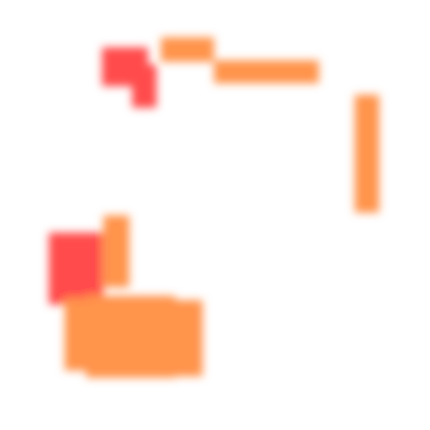 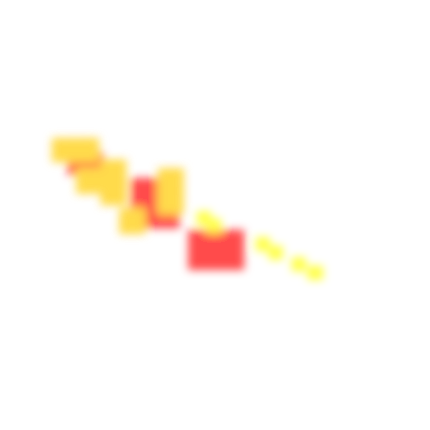 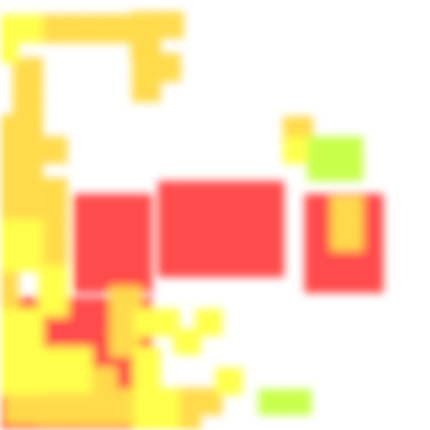 The Archelon is a reptile in ARK Additions.

The Archelon passively swims around the ocean until it is attacked, at which point it will defend itself. This often leads to its demise.

When tamed, the Archelon will exclusively eat

Bio Toxin. Baby Archelons can be hatched on land but they will die if they are not submerged in water in the first 5 minutes of their life.

The Archelon is similar in appearance to modern day sea turtles. However, they are noticeably larger.

This section displays the Archelon's natural colors and regions. For demonstration, the regions below are colored red over an albino Archelon. The colored squares shown underneath each region's description are the colors that the Archelon will randomly spawn with to provide an overall range of its natural color scheme. Hover your cursor over a color to display its name and ID.

This section describes how to fight against the Archelon.

They have an enormous

Health pool, so if the survivor is not prepared, Archelons can be somewhat dangerous. Archelons don't have high

Melee Damage, even with the Jellyfish Killer buff. They are also immune to stuns and

Torpidity due to their immunity to

The Archelon is incredibly slow on land, so luring them to the shores will put them at a serious disadvantage.

The Archelon is unable to be tamed through the standard tranquilize-and-feed methods, and must be tamed non-violently. To feed it, place

Superior Kibble on the last slot of the hotbar, then use the E key.

The Archelon is decently fast in the water, but on land it is incredibly slow. Archelons can spawn near the shores or deep in the depths. In the water, Archelons are susceptible to attacks from

Mantas, so clearing out any threats before taming is a good idea. A semi-aquatic mount such as a

Baryonyx or ranged weaponry can prove useful for luring Archelons onto land for safer taming. The shell of an Archelon is able to be walked on, so it is a good spot to stand on and tame them from.

Jellyfish Killer - As well as being immune to

Cnidaria and when an Archelon has killed a

Cnidaria, it receives a buff that allows it to deal more damage and harvest even more

Aquatic Tank - Even at low levels, the Archelon has an impressive

Health pool, and coupled with the damage reduction from both its Jellyfish Killer buff from killing

Cnidaria and a full imprint, it can resist quite a large amount of damage. However, it has a slow

Health recovery and it struggles to attack enemies behind it (level

Melee Damage and a bit of

Aquatic Cargo Hold - The Archelon has a large amount of

Weight, allowing it to act as an oceanic cargo hold (level a bit of

Aquatic Transport - The Archelon possesses a four person saddle, allowing it to ferry riders around the ocean. Coupled with its abilities to ascend and descend straight up and down and its immunity to

Cnidaria stings, it makes for a helpful, if somewhat slow, transport unit (level a bit of

For information pertaining specifically to the real-world Archelon, see the relevant Wikipedia article.