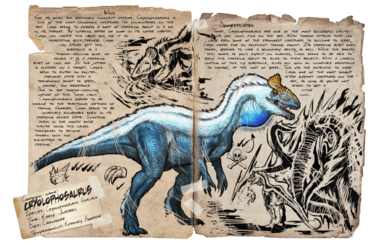 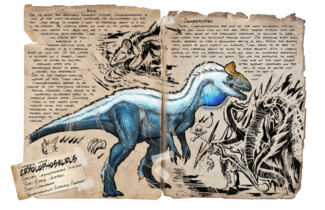 The Cryolophosaurus resides in the snowy regions of The Island, The Center, Ragnarok, Valguero, and Crystal Isles. The Cryolophosaurus possesses a Cryo Liquid that it creates by intaking water or snow. It spits this liquid in order to induce

Torpidity or breathes it in order to freeze a target. Upon detecting a frozen or unconscious creature, the Cryolophosaurus will enter its Icebreaker state, receiving a boost to

The Cryolophosaurus has a crest on its head, white fur, and a sac containing the liquid. When it fills its Cryo Liquid meter, its sac becomes visibly larger. 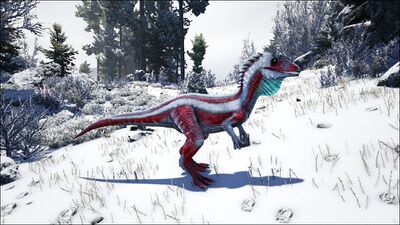 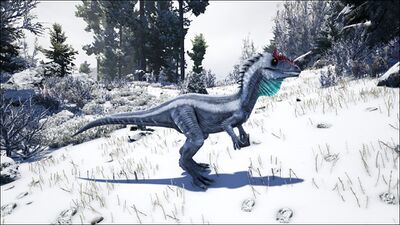 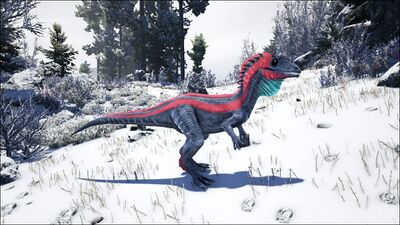 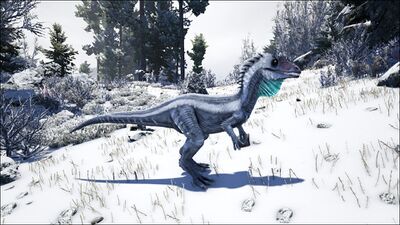 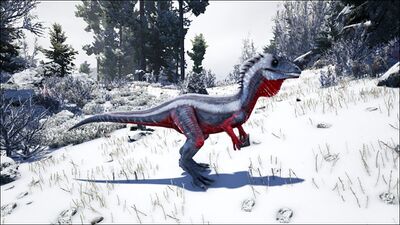 This section describes how to fight against the Cryolophosaurus.

Utilizing structures or even

Bear Traps to slow a Cryolophosaurus down, one can then use ranged weapons to damage it.

When a survivor is frozen by a Cryolophosaurus, they are left vulnerable to

Direwolves, and other arctic threats. Additionally, the spit of the Cryolophosaurus can easily render one unconscious.

The Cryolophosaurus has a lower drag weight compared to other creatures, making it susceptible to the

Armorsmith - When tamed, the Cryolophosaurus's frost breath doubles as a protective layer for allied creatures. When frozen, the creature receives the Ice Armor buff, giving it a tremendous resistance to damage at the cost of

For information pertaining specifically to the real-world Cryolophosaurus, see the relevant Wikipedia article.