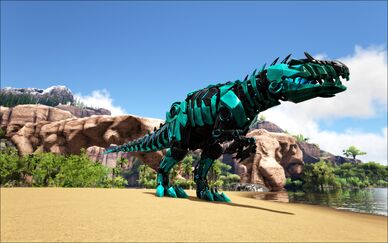 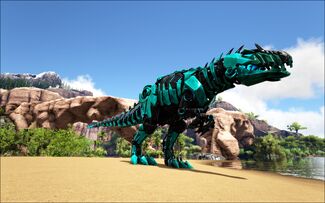 Bionic Giga only Knocked out by Unknown creatures. Tames with Futuristic Orbs and also has a crafting inventory once saddle is equipped for

Artifacts as well as

. Tameable Version, the best way to knock one out is to use a