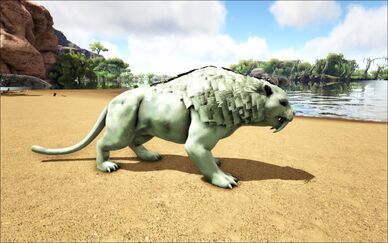 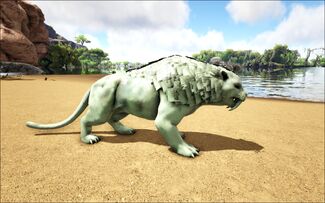 Ghost creatures are spawned by killing either a Spectral or a Resurrected version of that creature. It has a 10% chance to spawn. Tameable, with the exception of the

, but only knocked out by Unknown Elemental creatures or Tek Tranqs and up.

The Ghost Saber is one of Ark Eternal,s Boss creatures and is NOT Tameable.