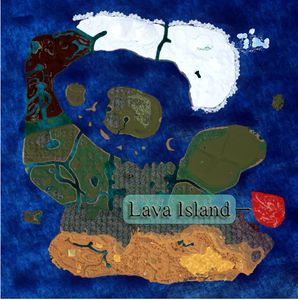 Lava Island is the volcano area of Ebenus Astrum.

Lava Island is found to the South-east of Grasslands and North-east of The Desert on the map. The island is full of apex predators, lava pits and rivers of lava. A large volcano dominates the island and all the surrounding land is charred and ashen with rivers and pools of molten lava.

The skys over Lava Island are full of, agressive, wyverns soaring over the land, looking for their next victim. Their nests can be raided by the cunning survivor to obtain fertilised wyvern eggs for hatching and rearing into adult creatures.

The sole cave found in Lava Island is the Lava Cave, the entrance to the cave is accessible on foot. Inside the cave are lava pathways, walls and ceilings with stalagmites and stalactites. There are large red crystals in the cave shedding some light. To use tamed creatures inside the cave, a 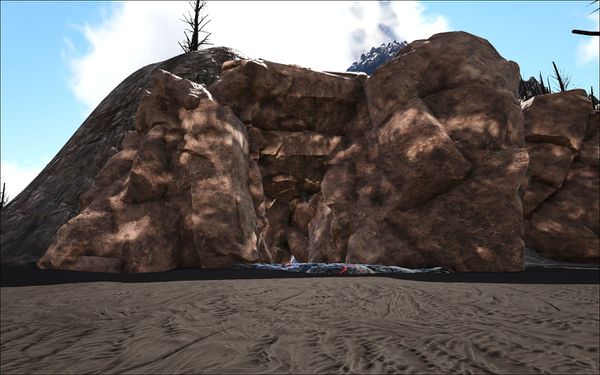 *Lava Island is a great source of