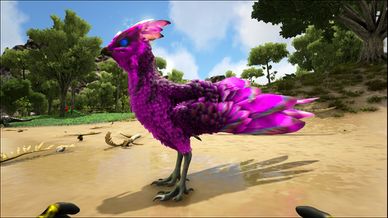 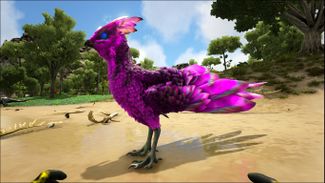 The Ice Featherlight is one of the Elemental Creatures in the mod Primal Fear. They are not restricted to maps having Aberration spawners.

The Ice Featherlight is a large version of the

Featherlight, which is rideable. Their Primary attack is a bite attack, the Secondary attack produces an icy breath and their

Movement Speed can be leveled up. They have

Charge Emission Range as the vanilla Featherlight. The Charge Capacity also works as

Stamina that is regenerated automatically when not used, also while flying. They are very fast flyers.

Other versions of the Featherlight as part of the Elemental Creatures in Primal Fear are: