The Celestial Indominus Emperor is a Tier 3 boss in the mod Primal Fear. 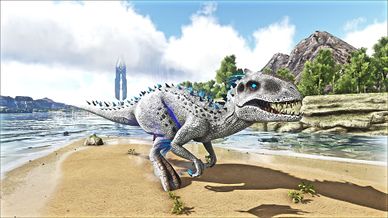 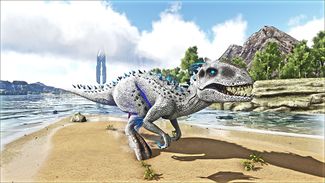 He can be found in the wild, or summoned using the 20x20px Celestial Indominus Emperor Summoner

The Emperor is one of the hardest bosses wandering in the wild. One good strategy is to lure him to a massive cliff, and rain down ranged attacks from your demonic or celestial tames. His special attacks include celestial fire breath, and an explosive spine attack that hits everywhere around him in a massive range. These attacks will burn both tames and riders with direct damage. He also summons multiple Celestial species, including Wyverns, Argentavis, and Seeker minions, that will also burn riders with direct damage attacks. It is strongly advised to stock your hotbar with healing items.

. Any players near him upon defeat will be directly given a