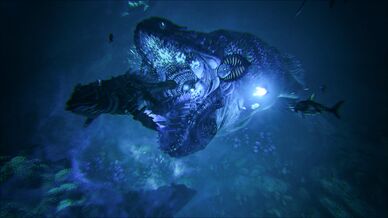 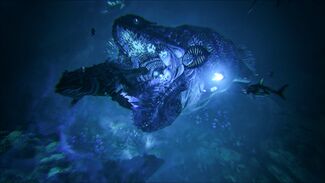 Eel Minions, they look like much smaller versions of Moeder herself but with less bioluminescence glowing blue instead of green and are mostly white in color, they are also unique in that they have boss health bars unlike other minions and more similarly to things like the

Megapithecus technically making them in and of themselves bosses just like Moeder.