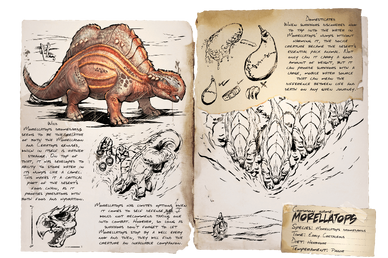 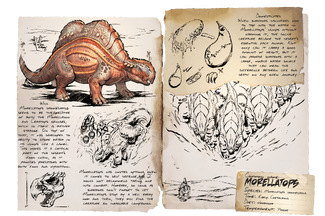 Dossier
These values may differ with what you see in-game or written elsewhere. But that is what the dossier says.
Groups
Dinosaurs, Fantasy Creatures
Species
Morellatops dromedarius
Time
Early Cretaceous
Diet
Herbivore
Temperament
Passive
Release Versions 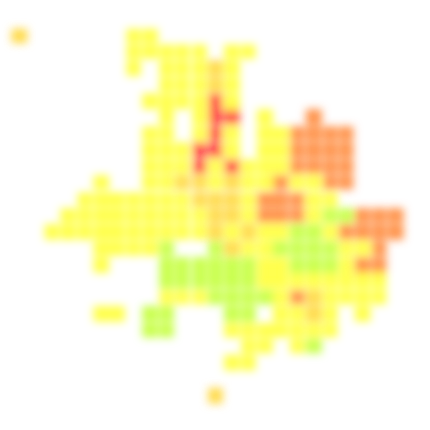 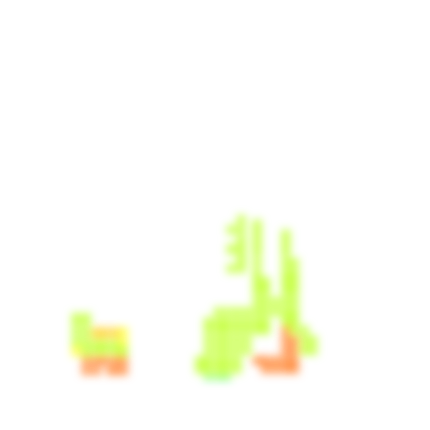 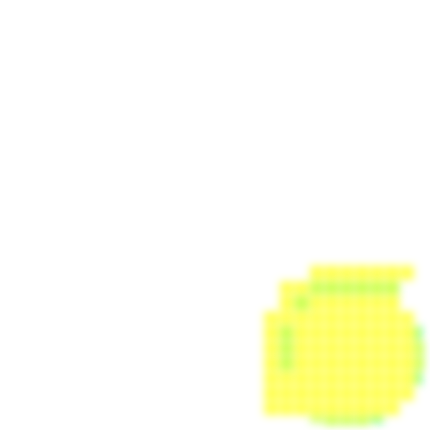 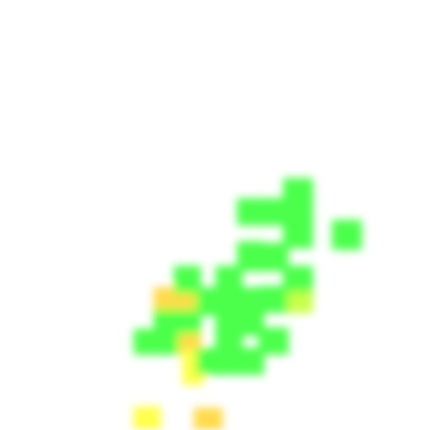 The Morellatops, also known by the nickname Camelsaurus or simply Camel, is one of the Creatures native to the expansion pack Scorched Earth, as well as being present on the Ragnarok, Extinction and Crystal Isles maps.

The Morellatops is a passive creature, but with at least one other its kin around they become defensive. A pack of Morellatops - if provoked - attacks until all members but one are dead, the last survivor will try to retreat. If alone, any Morellatops will attempt to flee, though it will attack if cornered. Despite its large stature, many carnivores predate on Morellatops, making it a stable food source in the ecosystem.

The Morellatops appears to have the hump of the Iguanodontid: Morelladon, and the head of a Ceratopsian dinosaur. It has ridges of protofeathers going down its sides, and also has bony lumps placed throughout the body. It is rather large, walking on 4 hoofed feet and has a beak for cutting plant material. Note that the Morellatops is not a real dinosaur.

This section displays the Morellatops's natural colors and regions. For demonstration, the regions below are colored red over an albino Morellatops. The colored squares shown underneath each region's description are the colors that the Morellatops will randomly spawn with to provide an overall range of its natural color scheme. Hover your cursor over a color to display its name and ID.

Typically a cowardly creature, but will quickly come to the aid of its kind when one is attacked. Try to find lone creatures to kill, as they rarely fight back. Un-trapped Morellatops will generally flee from an attacker.

If there are more than one, climb up on a rock or a ledge and shoot them from above. If there is only one it will run away so chase after it while shooting or hope that it gets stuck so you can melee it/get headshots. Try guiding a Morellatops in the direction you want by attacking it in the direction you're facing, preferable against a wall, in between rocks, or into a man-made trap (structure.)

Ranged weapons suggested but spears work too. If using

Spears and the target is trapped, time your attacks so you avoid getting hit from the creatures defensive attacks; or try to have another player distract the Morellatops while the other player Pikes it.

Beware if there are 2 or more, or if one is trapped: They will attack and quickly kill any low level player. If you are chasing one, watch out for carnivores or cliffs which it may lead you to. Their attack hits hard and has the added advantage of knockback; be wary of attacking one if you're elevated, because this will toss you a great distance resulting in fall damage (and at the mercy of any local creatures [or players] if you survive).

Due to their size, they easily get trapped by clusters of rocks which often slows them down or effectively traps them. Lone Morellatops rarely defend themselves, but a trapped Morellatops will fight back.

As the Morellatops is a rather large creature and often lives in herds, it is usually a good idea to separate them to ensure little retaliation. Back it up against a rock wall to prevent escape, and shoot it in the head for the most torpor.

Boomerangs recommended for knocking it out, especially in early game. Survivors who have reached mid-game or higher with bows or a rifle will find the Morellatops much easier to knock out.