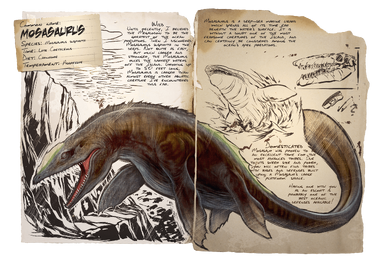 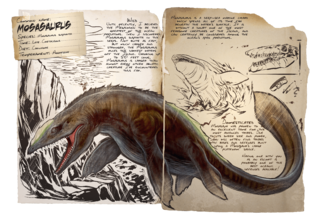 Dossier
These values may differ with what you see in-game or written elsewhere. But that is what the dossier says.
Group
Reptiles
Species
Mosasaurus suspirita
Time
Late Cretaceous
Diet
Carnivore
Temperament
Aggressive
Release Versions 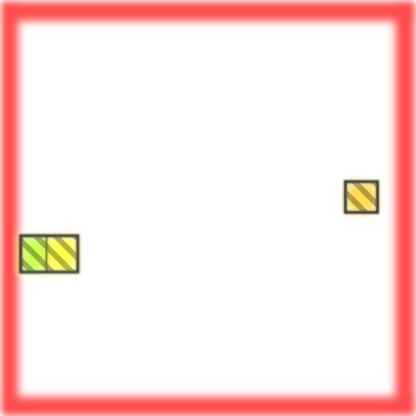 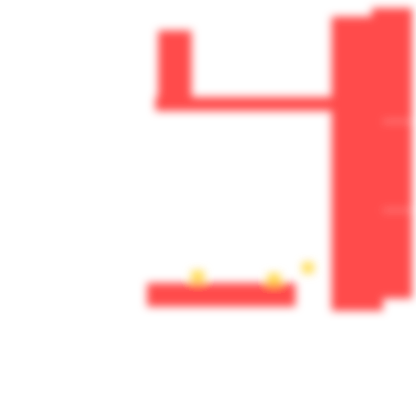 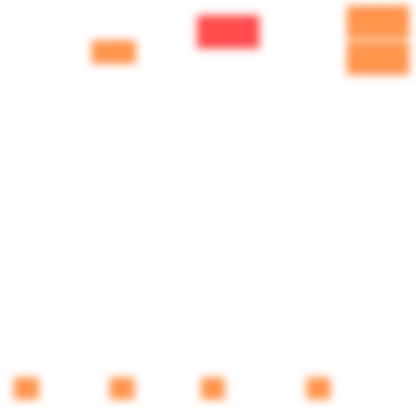 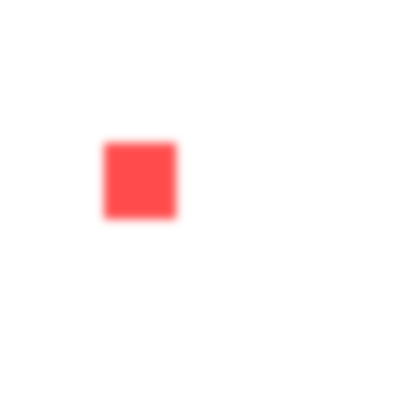 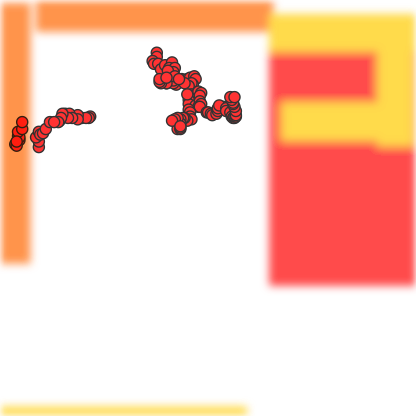 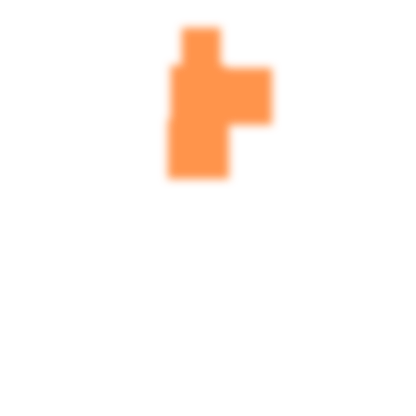 The Mosasaurus (moze-uh-sore-us) is one of the Creatures in ARK: Survival Evolved.

The Mosasaurus is found deep in the ocean and can be quite far from the shore. It often resides towards the edge of the map boundary, and can be surprisingly elusive. It behaves similar to the

Plesiosaur. Mosasaurus has a fairly average aggro radius, and will pursue the player a fair distance horizontally. However, it will not follow the player into shallow water, much like the Plesiosaur. It also is not necessarily found near cave entrances like a Plesiosaur.

An enormous marine lizard, Mosasaurus is one of the largest creatures found in the waters surrounding the island. It has four flippers to propel its massive body through the seas. A small, finned ridge runs down the length of its back before developing into a paddle-like tail. The solitary and territorial Mosasaur is fairly slow-moving, but with its size, it can cover more ground than one might expect, making them adept ambush predators that strike from below to inflict crippling wounds.

This section displays the Mosasaurus's natural colors and regions. For demonstration, the regions below are colored red over an albino Mosasaurus. The colored squares shown underneath each region's description are the colors that the Mosasaurus will randomly spawn with to provide an overall range of its natural color scheme. Hover your cursor over a color to display its name and ID.

One strategy would be using a

Plesiosaur to find one and lure it into a water cave and shoot arrows/darts at it there. They also seem to follow a similar AI as that of the Plesiosaur and be tamed in a similar way. They don't seem to want to go too high above a certain depth and dive back once they reach it, allowing a person to hit them with arrows to aggro, swim up, and then break aggro. Repeat and it should be knocked out. Remember that the bow/slingshot cannot be used under water so a crossbow is required. With decent movement speed (120%-130%) and flippers, it is possible to kite a Mosasaurus, because of its large turning radius. Can ride a Ichthyosaurus while shooting toxicant arrows at the mosasaur because a mosasaur does not attack a tamed ichthyosaurus.

Taming a Mosasaur requires the second largest amount of food of any carnivore creature in the game, much more than a

Quetzal, and more than double the amount of any other Apex Predator, including the

Giganotosaurus. However, like some other end-game creatures, they can starve all the way down their taming process, giving enough time to gather the meat needed in the moment. As with other starve-taming, be sure to wait until the torpor level drops and feed narcotics or narcoberries in bulk to keep the Torpor level rising till the max before starting to fall again. Their consumption speed also assures that no meat will be wasted, as long as the newest meats keep being added to the last slots.

It can also be grabbed using a

Tusoteuthis, and the torpor from the grab will eventually knock it out. This will, however, take a very long time. The process can be made faster by shooting it with a tranquilizer arrows from a crossbow, or dragging it close enough to the shore where it can be shot with more powerful tranquilizers. Be careful not to drag it too close to the shore or out of the water however, or it will die.

One of the easiest places to tame a Mosasaur easily is in the ocean biome on Genesis.

Located at the approximate coordinates 27-57, there is an underground lake that overlaps with the X-Mosasaur spawning region, and Mosasaurs have been observed spawning in this small body of water despite their inability to move in such limited conditions. This makes taming them incredibly easy, although they have also been observed attempting to flee when their torpor rises and dying upon beaching themselves. This small pond also overlaps with the spawning regions of Tusoteuthis and their Alpha variant, and both have also been observed to spawn here.

Another strategy is to place four Behemoth Dinosaur Gates and two Behemoth Reinforced Gates low enough to where a Mosa won't lose aggro. Make sure to place the gates far enough apart so that the Mosa can fit in the gates. IMPORTANT, you have to leave a gap big enough in the in between each gateway placement for a smaller water mount like a sarco to fit through. The sarco must be able to fit through the side gap of the gate. Place the Reinforced Gates down at the front gateway and back gateway and open the front gate but leave the back gate closed. Kite the Mosa into the trap and swim through the gap in the side of the gateways and close the front gate that's open. If worked correctly, the Mosa will not be able to get out and will be stuck in the gates, leaving you to tranq the Mosa at your leisure.

This section describes how to fight against the Mosasaurus.

The Mosasaurus has the second highest health and damage stat of any aquatic creature. If you encounter one unprepared it is recommended to stay away or swim closer to the surface. If a confrontation is desired or inevitable, make sure that you can focus solely on the Mosasaurus. These creatures live in the deepest parts of the ocean, so it is very common for other creatures to confront the player at the same time. Ichthys can sometimes mob the player without a trace of their location, but they are not nearly as aggressive as Megalodons, which sniff out the player from far away and home in when blood is spilled. Anglers and Mantas patrol the waters, adding more problems to the unprepared player. If the battle is taking place next to a sea cave, the player will almost certainly be dealing with two to three Plesiosaurs. As always, multiple Mosasaurs can also cause a problem.

Player movement speed needs to be at least 206.5% to outswim it without the SCUBA Flippers or 181% while wearing SCUBA Flippers AND consuming a Focal Chili.

The Mosasaurus is very tanky, and it will take a lot of damage while also dealing a lot in return. If you have a very strong Megalodon or Plesiosaur, you will not have too much trouble taking it down. If you don't have a strong creature, you can lure it to an underwater cave and shoot it with a crossbow, as it cannot fit inside. Be sure the Plesiosaurs nearby don't get the better of you!

A crossbow is the most effective weapon to take down a Mosasaurus, but only as a last resort. The best strategy is to use a combat trained dinosaur such as a Plesiosaur, or simply avoid them. They are humongous, but their dark coloration can take a player by surprise in the dark ocean depths.

Again, it does possess the second highest health of any aquatic creature and has 100 base damage, only surpassed by the Alpha T-Rex and Giganotosaurus. A Mosasaurus can kill a player within seconds if it manages to catch you off guard. Do not get too distracted with Deep Sea Loot Crates, or taming creatures. Other animals like the Mosasaur can ruin such indulgences.

While very bulky in both HP and strength it can't turn very fast making fast Megalodons very useful. Luring it to an underwater cave and shooting it is an easy way to kill it as it cannot fit inside.

For information pertaining specifically to the real-world Mosasaurus, see the relevant Wikipedia article.