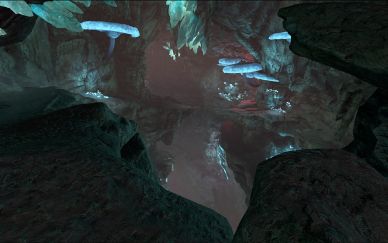 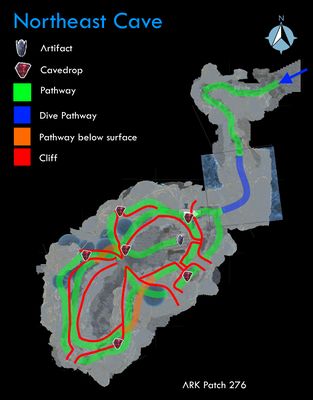 The North East Cave is a cave in the northeast of The Island, on an island known as The Dead Island or "Carno Island". The cave contains the

Artifact of the Devourer, needed to summon the

Megapithecus. This cave consists basically of one big room with the path spiraling on the wall.