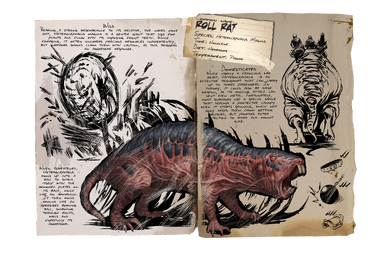 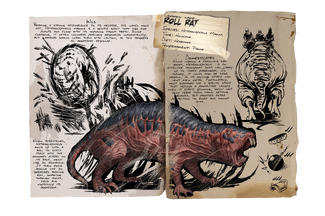 Dossier
These values may differ with what you see in-game or written elsewhere. But that is what the dossier says.
Group
Mammals
Species
Heterocephalus magnus
Time
Holocene
Diet
Herbivore
Temperament
Passive
Release Versions 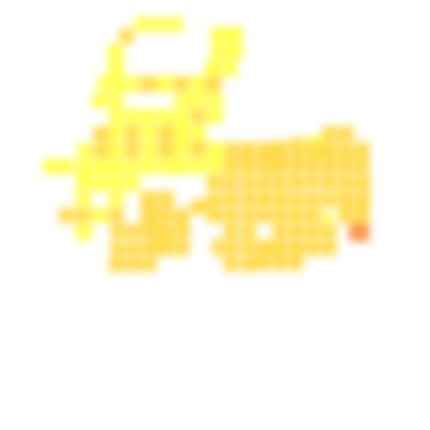 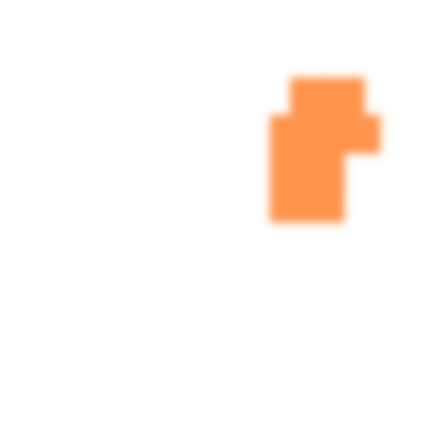 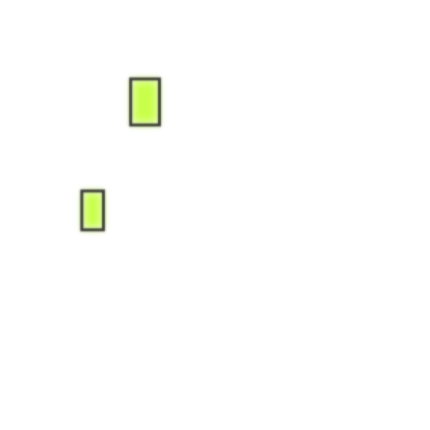 The Roll Rat is one of the Creatures in the Aberration-DLC of ARK: Survival Evolved.

A passive creature, it does not attack unless provoked, by either attacking it or stealing any resources it has dug up after burrowing and emerging.

The Roll Rat shares many similarities to that of a Naked Mole Rat.

This section displays the Roll Rat's natural colors and regions. For demonstration, the regions below are colored red over an albino Roll Rat. The colored squares shown underneath each region's description are the colors that the Roll Rat will randomly spawn with to provide an overall range of its natural color scheme. Hover your cursor over a color to display its name and ID.

The Roll Rat is a generally passive creature until it is either attacked by the player or if one picks up gems that are laying nearby. When that occurs, the Roll Rat will become hostile and will attack the player. Although its damage is fairly high even at low levels, it is not an exceptionally fast creature. Put a decent amount of space between the two of you, and it will cease combat easily.

If you are on more of a fresh character and do not have access to Large Bear Trap yet still wish to fight a Roll Rat, your best bet is to not leave its side during combat. Note that with its large turning circle, it is prone to falling off cliffs.

It is most preferable to utilize ranged weapons and attacks if you have the means to immobilize the Roll Rat; however, as noted above, hugging the Roll Rat's side during melee combat is your best chance at downing it. Be sure to back off quickly when it occasionally begins rolling.

The only two ways to make a Roll Rat aggressive is to either steal the gems it unearths or to attack it directly. Otherwise, it is completely passive. As it is sometimes a source of the rare Red Gems, this provocation is often worth the risk.

The Roll Rat has a unique variation to the Passive Taming mechanic; rather than directly pressing E to feed an item to the creature, you have to wait until it burrows down into the ground. Aim at the hole and press 0 (zero) to throw the food at the hole and repeat every time it burrows back in until it is fully tamed. It only accepts

Giant Bee Honey as its food source for taming.

Once tamed, however, the Roll Rat has a standard herbivore diet.

The Roll Rat occasionally begins its burrow animation but instead just unearths food - avoid being trigger happy if you have limited resources. You cannot pick thrown honey back up.

Also be aware that because of its large turning circle, it is prone to falling off cliffs midway through the taming process.

Giant Bee Honey near them to eat.

Unlike the overwhelming majority of creatures in ARK: Survival Evolved, the Roll Rat's saddle has a durability component that is damaged by combat, or by collisions with clippable resources (except foliage) while rolling. This reduces its usefulness in combat.

The Roll Rat reduces the weight of the following resources by the listed amount while they are in its inventory: