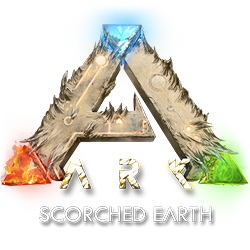 As for the main game the theme music for Scorched Earth was composed by Gareth Coker. You can hear it on his Soundcloud account.[1]

Creatures tamed and items received can be brought to the vanilla island and used by people with and without the expansion. Items from the DLC can also be spawned manually if you don't own the expansion pack. Three of the new creatures have multiple variations, namely the

Jugbug (Water and Oil), the

Wyvern (Fire, Lightning, and Poison) and the

Being entirely a desert rather than an island surrounded by water, water collection becomes a more challenging obstacle. Natural water sources are rare, requiring the collection of water from other sources, such as

Morellatops. Heat stroke is a potential side effect of too much heat exposure, having a similar effect to being

Scorched Earth has three unique weather patterns: Sandstorms radically reduce visibility and drain stamina, Superheat will drain your water at a much faster rate than normal heat and induce Heat Stroke fairly quickly, while electrical storms will temporarily shut down electrical devices and prevent firearms (and Tek Saddles) from firing. The

Electrical Generator and the

Chemistry Bench will not turn off if the item Structures are covered.

Superheat can be quickly stopped if you go very close to the Oasis.

Desert Goggle can be used to see better during sandstorms.

In addition to the DLC creatures, the following creatures also spawn on the map:

Creatures that spawned only during an event:

All items from the base game are available on Scorched Earth in addition to the items below. 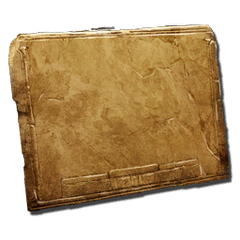 As Scorched Earth is part of the story of the ARKs, 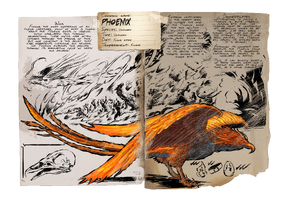 Dossiers can also be found on Scorched Earth, written by Helena Walker to document the research of Scorched Earth's creatures. For more in-depth information, see Dossiers.

Scorched Earth adds 3 new Artifacts, which are needed as part of the tribute to summon the