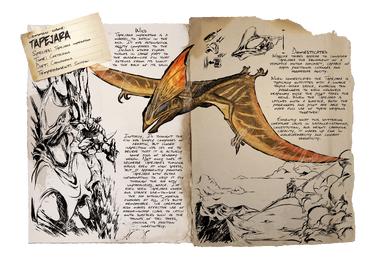 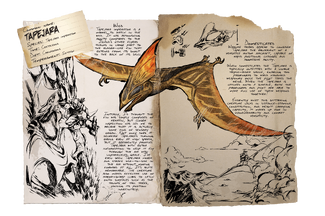 Dossier
These values may differ with what you see in-game or written elsewhere. But that is what the dossier says.
Group
Reptiles
Species
Tapejara imperator
Time
Cretaceous
Diet
Carnivore
Temperament
Skittish
Release Versions 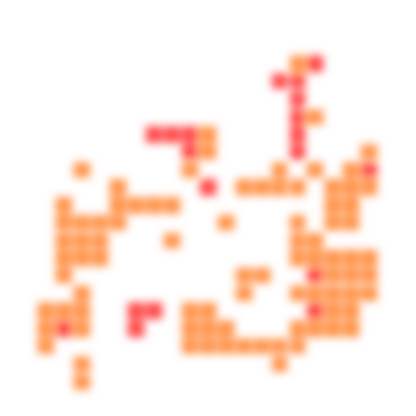 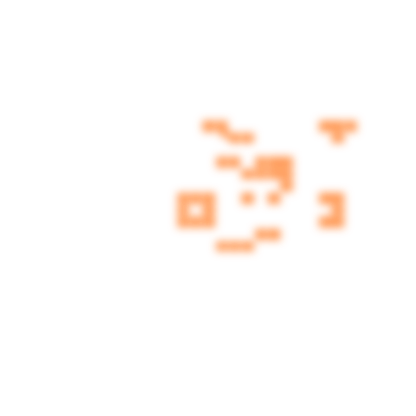 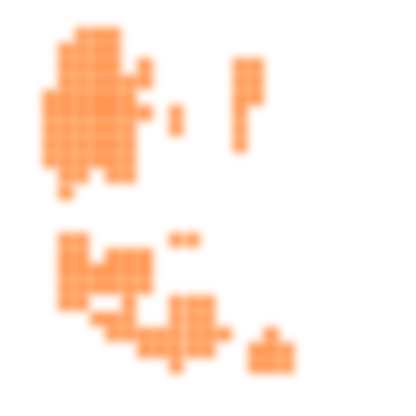 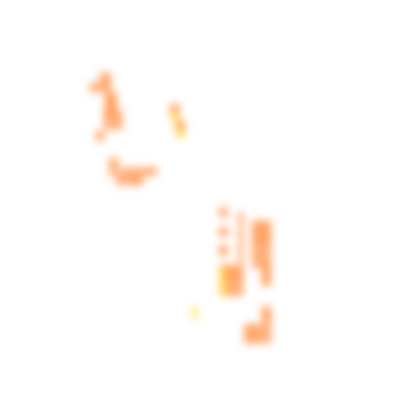 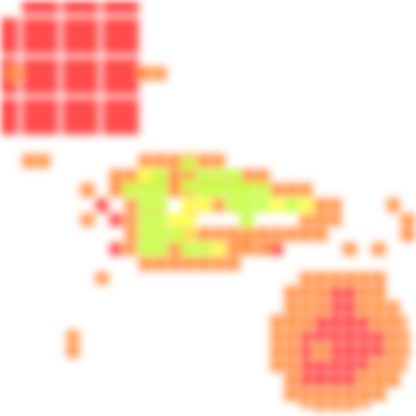 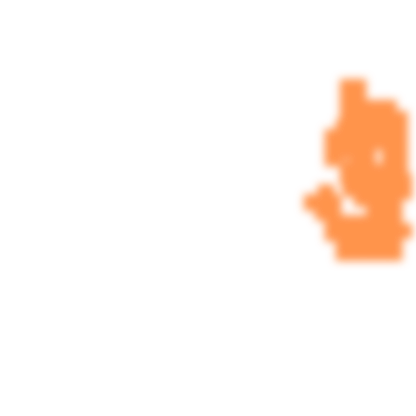 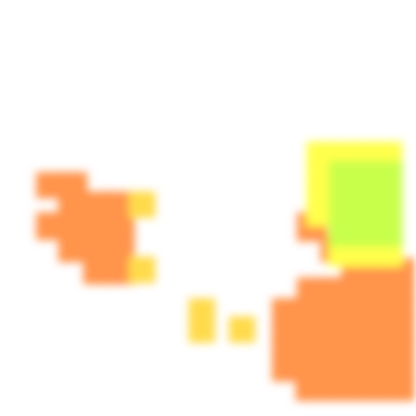 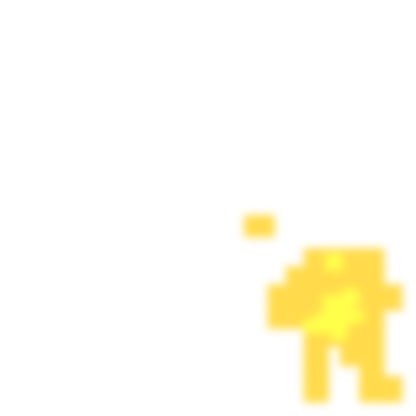 The Tapejara (Tap-a-har-uh) is one of the Creatures in ARK: Survival Evolved.

Found living around cliffs, tall redwood forests, and other largely vertical environments, Tapejara passively flies across the landscape, rarely venturing too far from the ground. Much like Pteranodon, Tapejara will occasionally land on the ground for short periods of time before taking off again. Tapejara will flee at any sign of danger, even if one is simply approached by a player without attacking it.

As a mid-sized pterosaur, Tapejara looks somewhat similar to a Pteranodon, and as a result is sometimes mistaken as one from a distance. However, there are several differences between the two, most notably that Tapejara is much larger than Pteranodon, with skin flaps directly connecting the wings to the feet, giving the wings an odd, stubby appearance even though they are in fact very large. Another notable feature of Tapejara is a large, somewhat crest-like sensory organ on top of its head, which allows Tapejara to finely maintain balance and literally fly circles around other, more cumbersome flyers.

This section displays the Tapejara's natural colors and regions. For demonstration, the regions below are colored red over an albino Tapejara. The colored squares shown underneath each region's description are the colors that the Tapejara will randomly spawn with to provide an overall range of its natural color scheme. Hover your cursor over a color to display its name and ID.

This section describes how to fight against the Tapejara.

Tapejara is completely passive and will often flee before a player has an opportunity to get close.

But with one or more riders the tapejara is a serious threat. they can latch on to walls and shoot you down, have a saddle to reduce damage, can pick you up, and can have a tek saddle to shoot plasma bullets. With a rider, the danger is similar to that of a tropeognathus but with a ability to hit harder as the tek saddle can shoot at a faster rate. A tapejara can fly at almost the same speed as a raptor and has no turn radius so overall while wild ones can be fought head on, its best to avoid a tamed tapejara with a rider.

For a Wild Tapejara, either chase it down on a pteranodon, or bola it to the ground below. Use of rare flower to avoid escaping is recommended.

Generally a bola to bring it down and some tranquilizer rounds will do the trick if you're trying to tame one. In combat, simply immobilize it, or keep pace and inflict enough damage.

Wild Tapejara pose no real threat. However, when tamed the creature becomes a large, mobile, powerful adversary. With a fairly large AoE with its attack, a tamed one doesn't have to get too close to kill you.

No specific weakness other than the fact it can be ensnared using a Bola. However, in a PVP setting, Tapejara cannot attack when mounted on a cliff, and its stamina regenerates fairly slowly. Tire out an enemy tapejara and you'll easily be able to kill it, minding the riders on its back, of course.

The Tapejara is capable of carrying the following creatures:

Note: Although it is not listed on the table, the

Ferox, when small, can be picked by the Tapejara.

For information pertaining specifically to the real-world Tapejara, see the relevant Wikipedia article.