This article is about the first DLC map. For the floating island of the same name, see The Center (Floating Island). 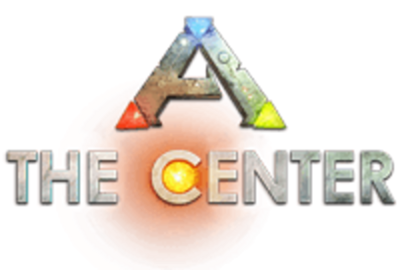 The Center originated as a custom map by modder Ben “EvilMrFrank” Burkart. It was added to ARK: Survival Evolved as free DLC in PC patch 241.0 and Xbox One update 734.0. It underwent a "mega-update" that added the Redwood Forests in PC patch 245.0 and was released on Xbox One and PS4.

The Center DLC has a default difficulty level of 5.0 which means wild dinos up to level 150 and better loot quality from

Giganotosaurus had an extremely rare chance to spawn anywhere on the map; now Giganotosaurus will only spawn in a few areas such as the Lava Biome and Northern Snowy Mountain.

The Center consists of multiple climatic and geological regions, including several that are not featured on The Island map. The map's most notable feature, a colossal floating island, can be found to the West of the map surrounded by treacherous swamps. To the far North, an active volcanic island can be found covered in basalt, lava, and dangerous predators. Numerous islands covered in jungles, tropical shorelines, mountains, and ancient ruins dot the varied archipelago. A unique set of caves push survivors to their limits in search of the Artifacts and their hidden rewards. Descend into Jules Verne's Journey to the Center of the Earth where survivors will find themselves in a self-sufficient underground ecosystem far beneath the lush jungles. Similarly, survivors can dive down to either of two underwater domes to build their own naval bases of Atlantean proportions! 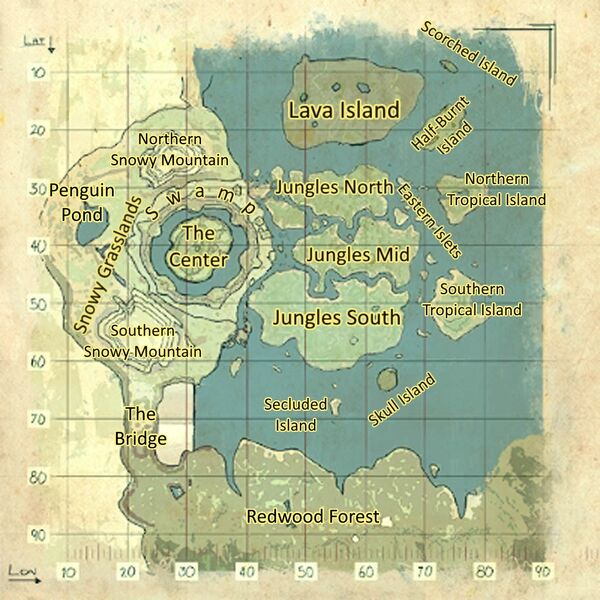 Regions of The Center

In other words, all Creatures that can be found on The Island can be found somewhere on The Center, except for the

All items from the base game are available on The Center.