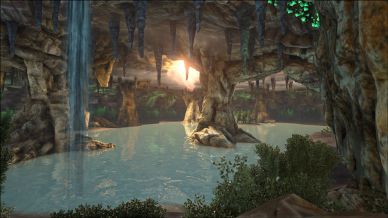 The Underground World is an exclusive feature of the DLC: The Center.

The Underground World is an underground ecosystem inspired by Jules Verne's Journey to the Center of the Earth, and is entirely separated from the rest of the map. There are six entrances (all well hidden), and once an entrance has been located, entering the Underground World is easy; getting back out is difficult. To get down without a flyer, the easiest way is by using a

Terror Bird. A flying mount is required to be able to pass freely between here and the surface without building a lengthy stairway or ladder. The journey to this region itself can be perilous, as each of the passageways into the Underground World have their own challenges to overcome.

Once inside, a sprawling cavernous ecosystem emerges with forests, waterfalls, and dinosaurs. Along the ceiling surrounded by stalactites floats a warm, miniature sun. A large sea contains plenty of

Crystal is in abundance here along the cavern walls. Also,

Obsidian can be found at the end of a lava-filled entryway.

Unlike other caves, this underground world is not under the 6x damage multiplier.

Artifact of the Pack can also be found here in a section of the Underground World called the Jumping Puzzle.

34.9, 65.8 Flyer-accessible entrance on the top of a peak. Flying in this entrance is permissible on official servers, however caution and 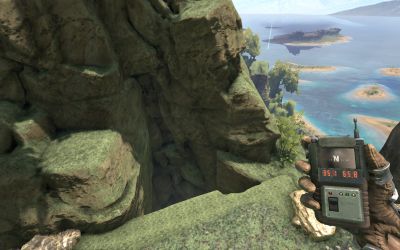 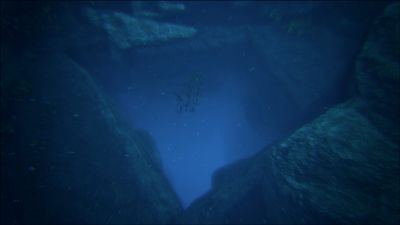 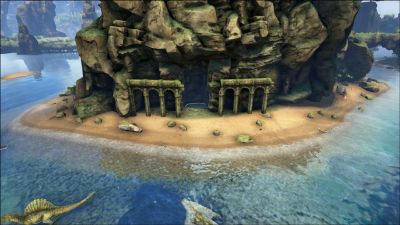 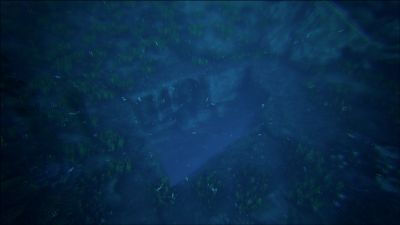 Creatures along the Journey[edit | edit source]