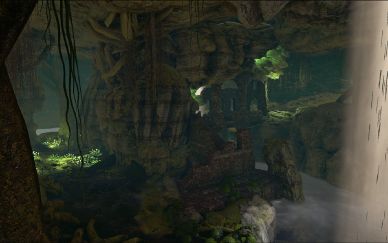 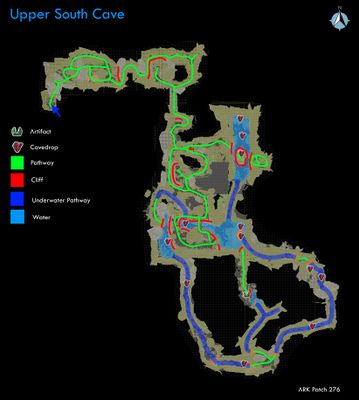 The Upper South Cave is a cave to the north of the swamp on The Island. The cave contains the

Artifact of the Pack, needed to summon the

Megapithecus. This large cave was considered one of the hardest caves prior to the Snow Cave and Swamp Cave, added in PC Update v252.0.

Now that cryopods are very easy to obtain (available on every map, crafted in supply drops) it's possible to bring in every creature in any cave, as long as the area is big enough to deploy said creature.