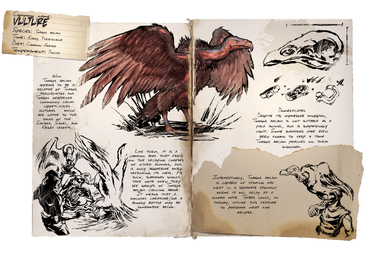 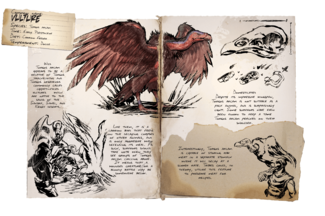 Dossier
These values may differ with what you see in-game or written elsewhere. But that is what the dossier says.
Group
Birds
Species
Torgos arcam
Time
Early Pleistocene
Diet
Carrion-Feeder
Temperament
Docile
Release Versions 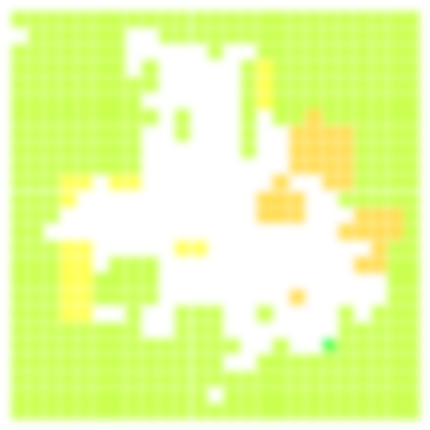 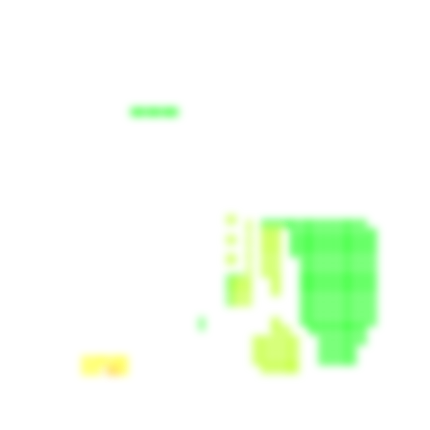 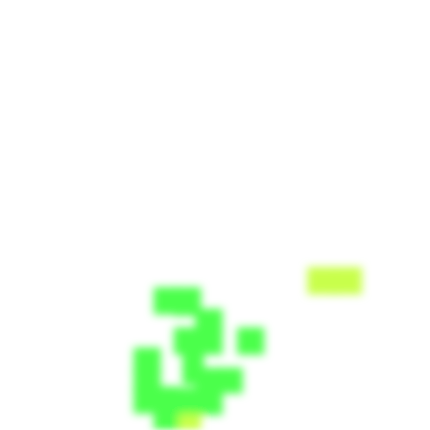 The Vulture is one of the Creatures in ARK: Survival Evolved.

Since the Vulture lives most commonly in the hottest areas of the desert, any food it eats rots quickly. Thus you can mostly see them grouped around a carcass, even if the meat is spoiled. They will get defensive of anything they're eating, so they will attack any animals and players that wander too close.

Trogos Acram resembles many modern age vultures found in our world such as lappet faced and griffon vultures, with a stooped neck and sharp tipped beak for tearing open carcasses. Being much smaller than its Miocene relative Argentavis , Trogos Acram cannot be ridden, but can perch on a survivor's shoulder.

This section displays the Vulture's natural colors and regions. For demonstration, the regions below are colored red over an albino Vulture. The colored squares shown underneath each region's description are the colors that the Vulture will randomly spawn with to provide an overall range of its natural color scheme. Hover your cursor over a color to display its name and ID.

They will attack you when there is a corpse in the vicinity.

As they will attack the rider and not the Dino, it is best to fight them with a pike as most tames have a hard time hitting them.

Ranged weapons like bows can be used while they are chasing after you, but when they come close, shooting them is less effective. Spears or a pike can be helpful as well.

They will attack when a corpse is in the vicinity. They will target you even on your mount and will swarm when more vultures are present.

They are fairly slow when flying and a player can run away even at base speed.

The Vulture is unable to be tamed through the standard tranquilize-and-feed methods, and must be tamed non-violently, but this can be difficult as they become aggressive at the presence of a corpse.

To feed it, place Raw or Spoiled Meat on the last slot of your hotbar, then approach and press use (default E) to feed it. You cannot feed them all the meat required for taming at one time, you must wait every couple of minutes until it is hungry again to feed it more until its taming meter is filled. The vulture will fly off every once in a while, and can easily be lost if one is not paying attention.

For information pertaining specifically to the real-world Vulture, see the relevant Wikipedia article.