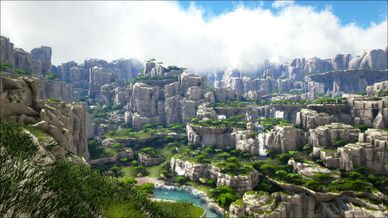 The White Cliffs is a region in the Valguero DLC.

The White Cliffs is a vast region that houses a diversity of Creatures, including the

Deinonychus. This region also contains many spots for building and resource gathering is pretty rich. Also known as chalk hills.