The Wind Turbine is an item in the Scorched Earth-DLC of ARK: Survival Evolved.

Hold H in the game wherever you are, you'll see (map name) XX% W. This number means the amount of wind the area contains, and indicates roughly how often a turbine (or array of turbines) will produce power. Unknown regions count as 100%. Regions labeled as Wilderness in Scorched Earth count as 100%.

Multiple turbines in a single power grid can function independently of each other. This can be seen in game by placing turbines facing different directions in the same area. there is no guarantee any turbine will be on or off at the same time, building multiple turbines will yield better results for more reliable uptime.

Edit: The above seems wrong at least for single player versions. Wind turbines appear to stop working slightly randomly around 20% wind strength as displayed on the character screen near current temperature. However the wind strength appears to follow a set pattern for time of day. In 85% region tested 11am - 3pm game time was below 20% wind strength. Multiple turbines facing four directions made no change other than the slight randomness in the turn off time which during testing never exceeded 15mins game time.

This map shows the amount of wind on Scorched Earth. 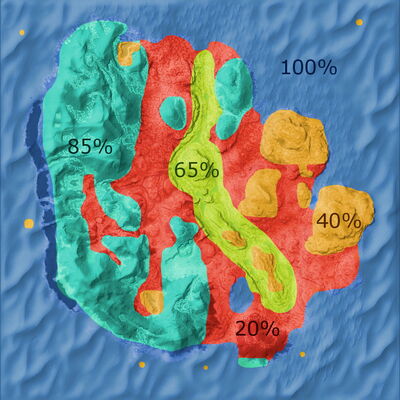 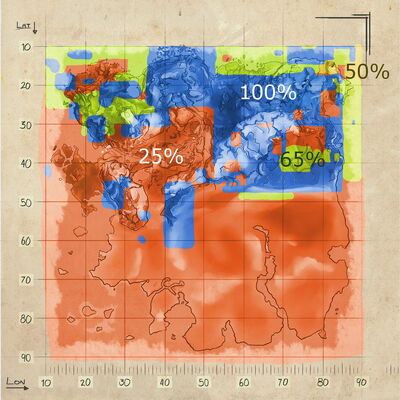