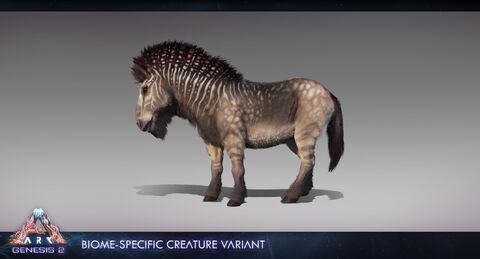 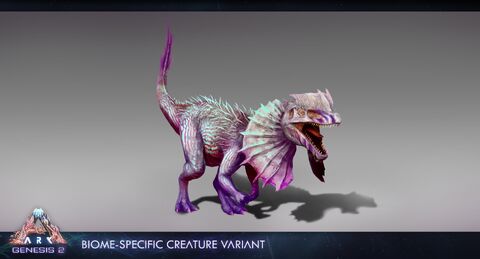 X-Creatures are a type of Creature in Genesis: Part 1 and are divided into 5 subcategories: Bog, Snow, Ocean, Volcanic and Lunar.

In addition to having totally new color patterns and regions from their normal counterparts, they also have a 5% damage increase and 3% less health when tamed. Wild X-Creatures have a 250% damage increase and a 60% damage resistance from and to tamed Creatures on Genesis: Part 1. Furthermore, unlike other Creatures, X-Creatures can be leveled up 88 times as opposed to 73 times (all Creatures can be leveled up 88 times on Single Player, but not on multiplayer), can exceed the official level cap by 50 levels (maximum level 500 instead of 450), and will gain Experience at a rate of 2.5x for killing them.

There are 22 X-Creatures (including variants).