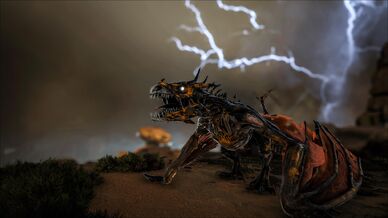 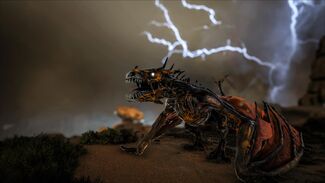 1 Claimable after defeating the Dodo Wyvern

The Zombie Wyvern is an undead variant of the

Wyvern added in the ARK: Fear Evolved 2 event. This creature can be found on Scorched Earth and Ragnarok.

The Zombie Wyvern will swarm players and use its devastating attacks.

Zombie Wyverns look like the regular variants of wyvern, but have decaying flesh with more holes in the wings.

This section displays the Zombie Wyvern's natural regions. For demonstration, the regions below are colored red over an albino Zombie Wyvern.